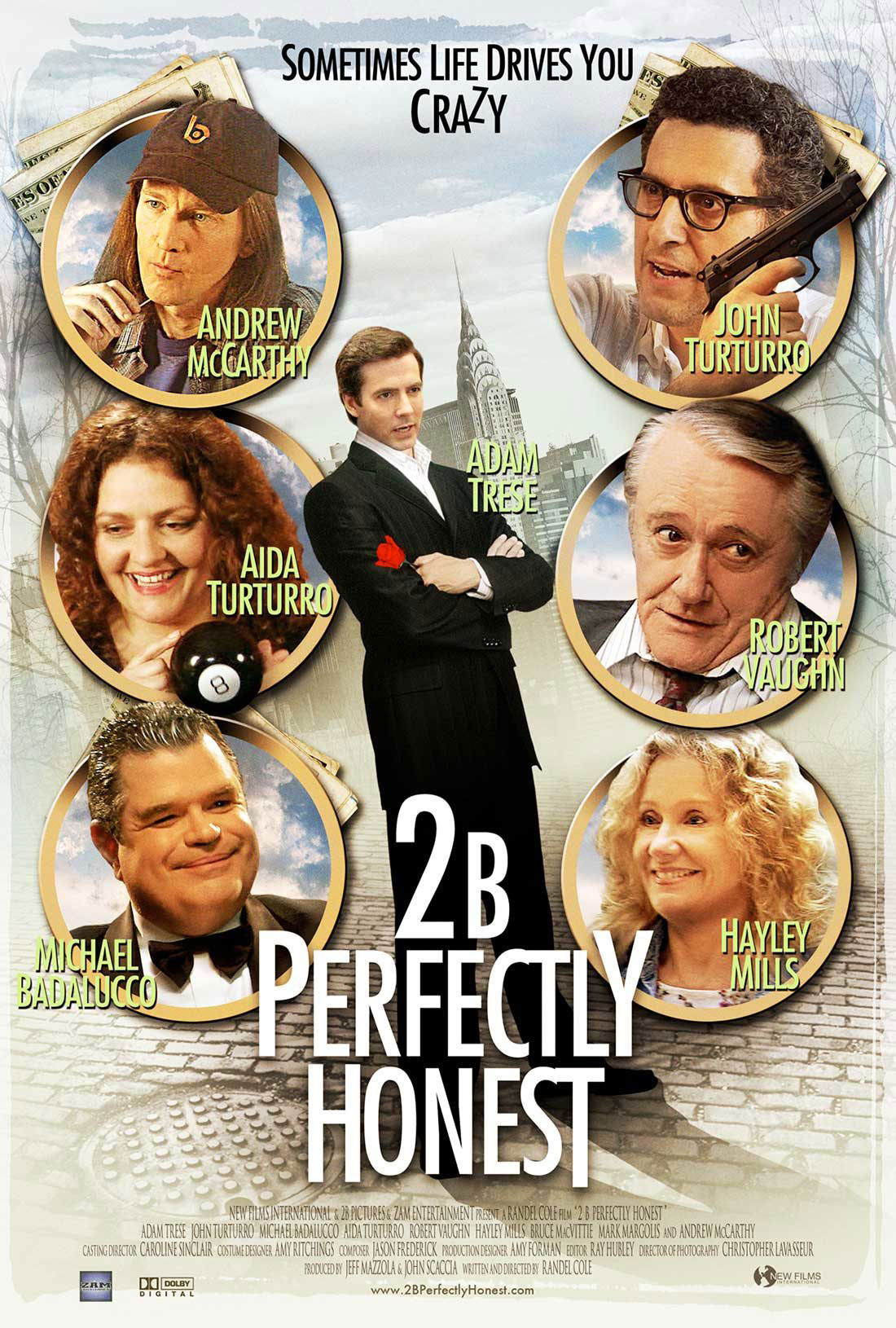 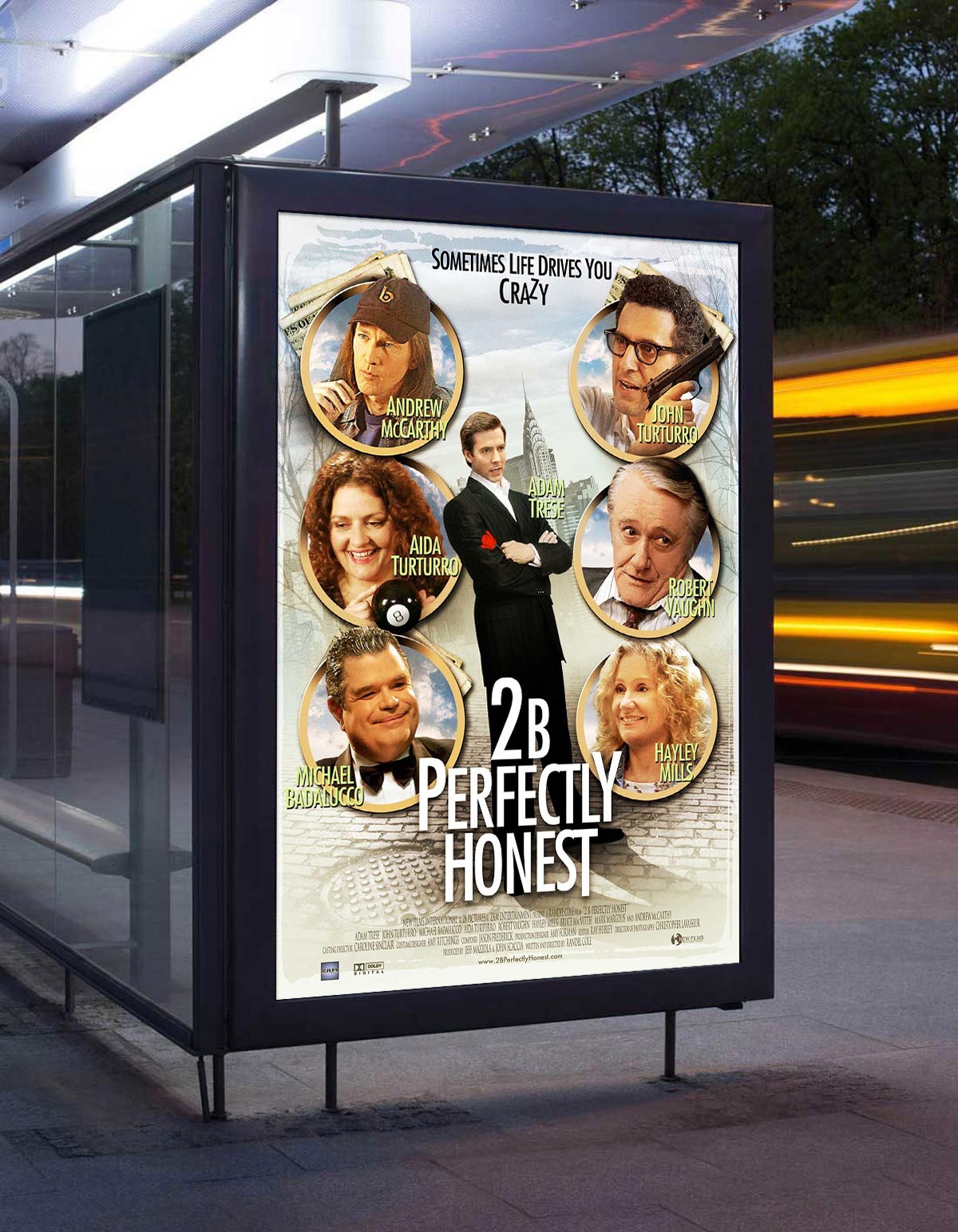 Business partners Frank and Josh go bankrupt after their dot-com start-up collapses before it goes online. Frank, a bachelor and broke, reluctantly moves back home to live with his parents while Josh, a hippie computer wiz who is married and has a son, is forced to consider the unthinkable – getting a real job.

2B Perfectly Honest is a 2004 comedy-drama film directed by Randel Cole. Dreamogram and I Mean It Creative were assigned to design the Key Art for the film that starred by Adam Trese, Andrew McCarthy and John Turturro. © New Films International