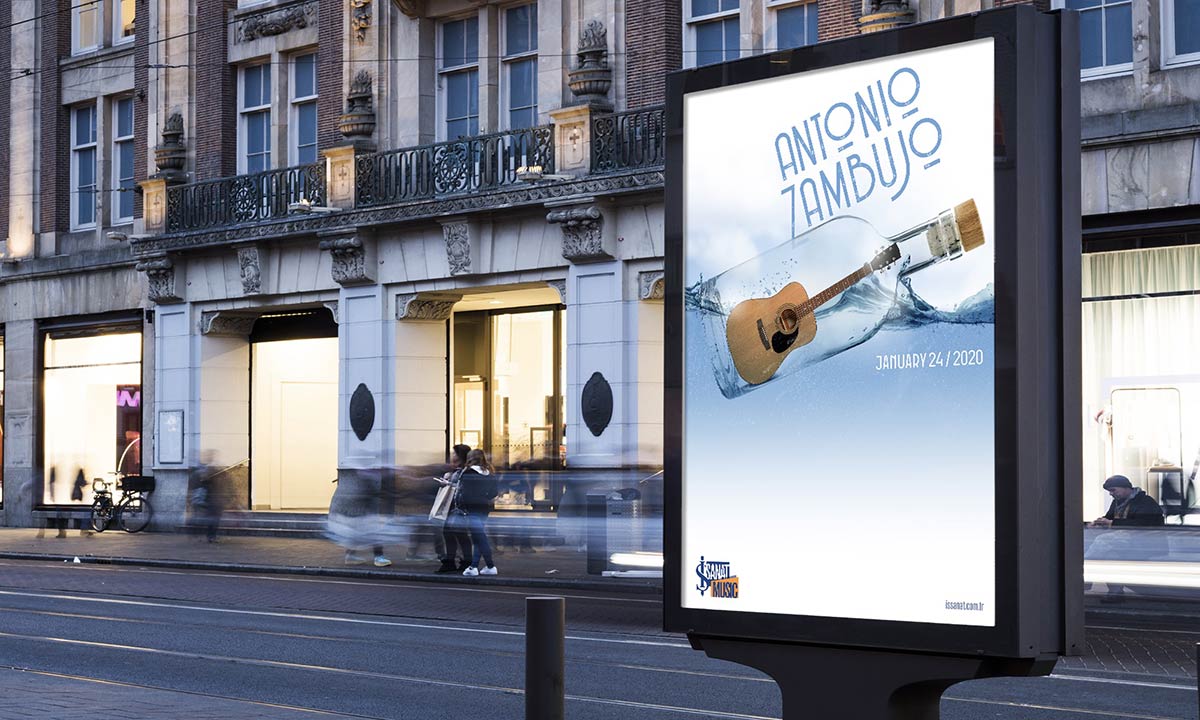 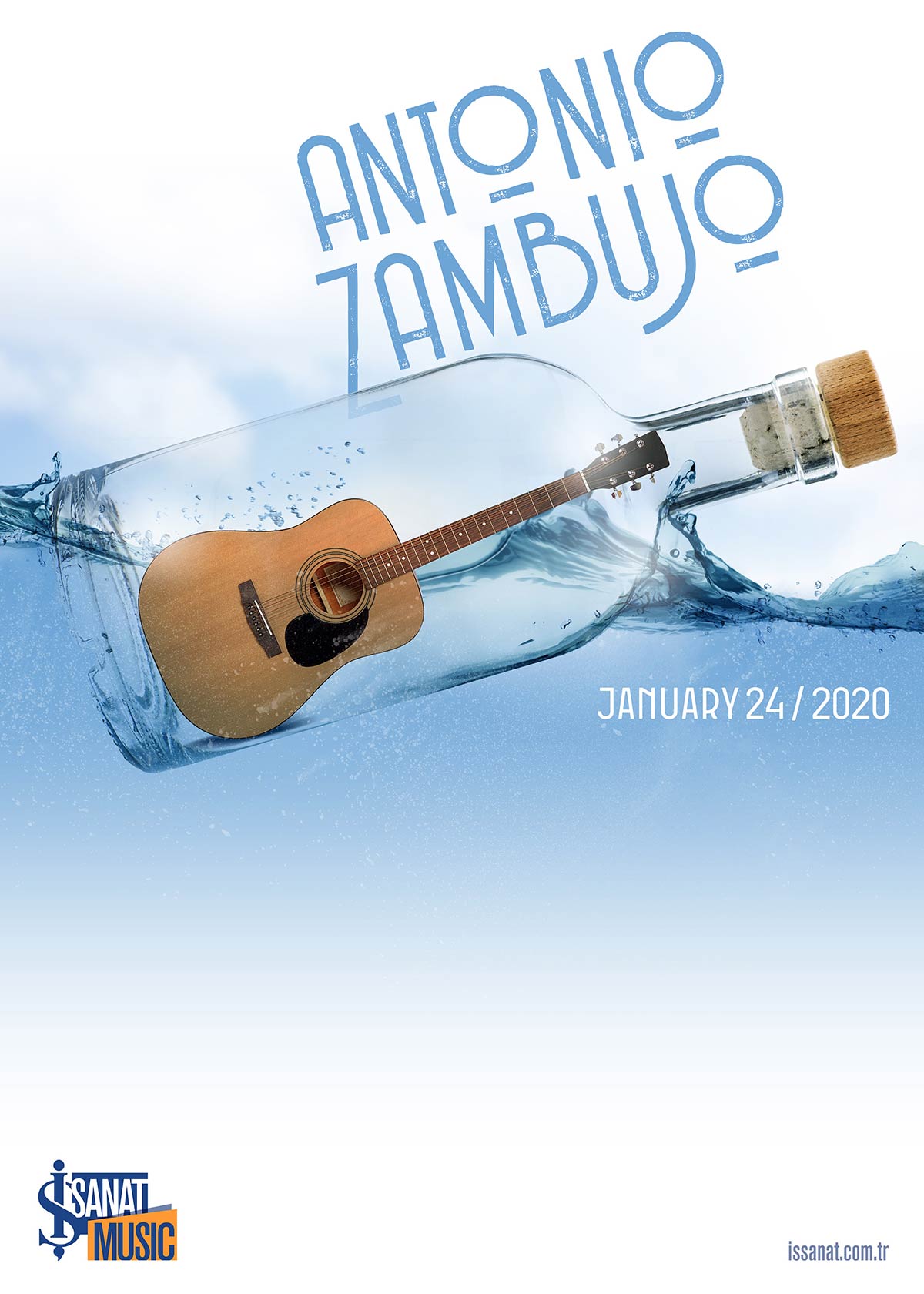 Dreamogram / I Mean It Creative was recruited to design the marketing elements and produce a short trailer for an Antonio Zambujo live event being held at the İş Sanat Concert Hall in İstanbul.

This project was designed to showcase the concert of Portuguese singer-songwriter. Zambujo is known to be influenced by Cante Alentejano, a solely vocal regional genre he grew up with in Alentejano. He has been performing worldwide for over 15 years and has since won the Amália Rodrigues Foundation prize for best male fado singer.

Presenting the color blue and focusing on water, this project is a celebration of Zambujo’s Mediterranean​ roots as a Portuguese musician. The image of the message in a bottle also highlights the vehicle for Zambujo’s message- his music.