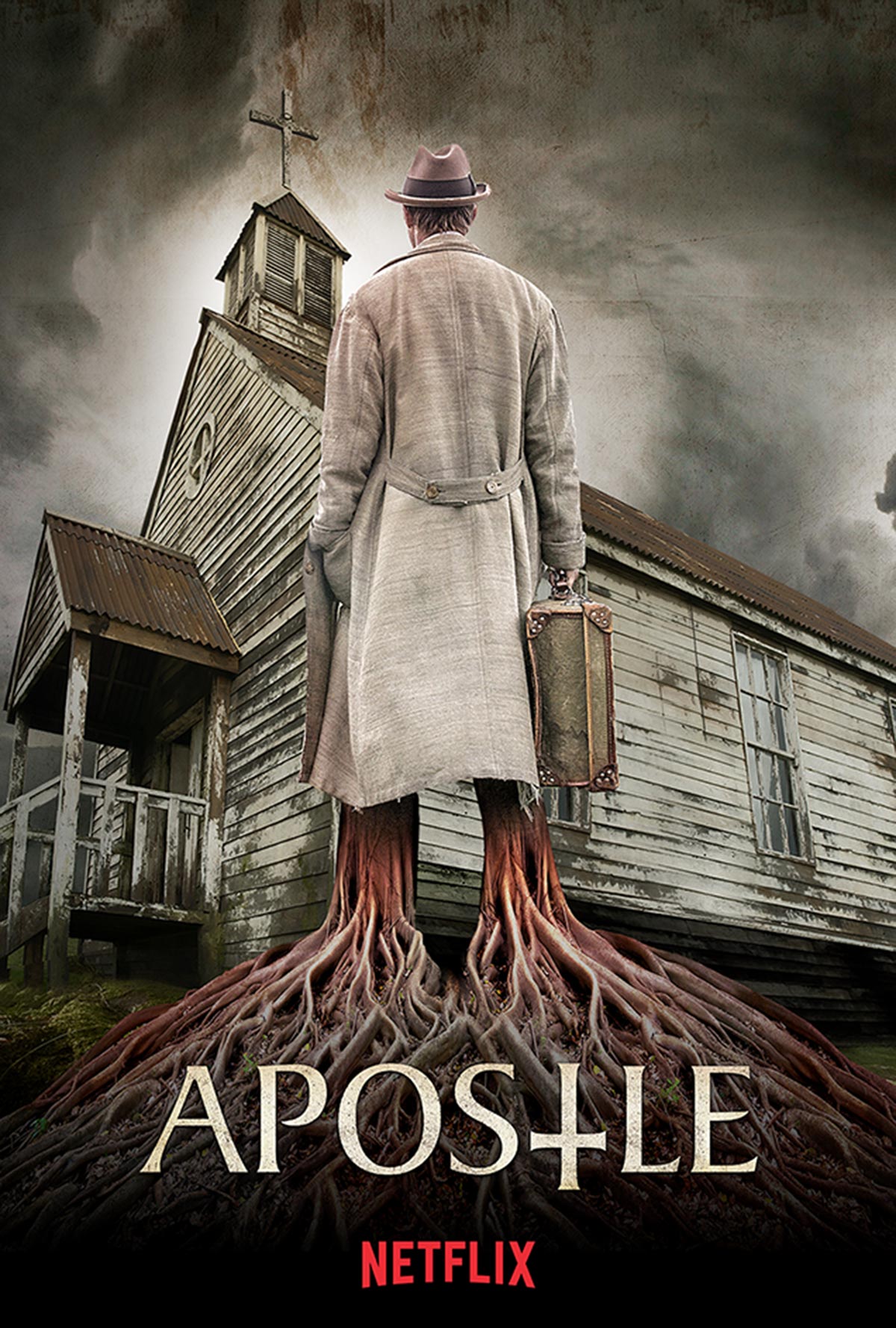 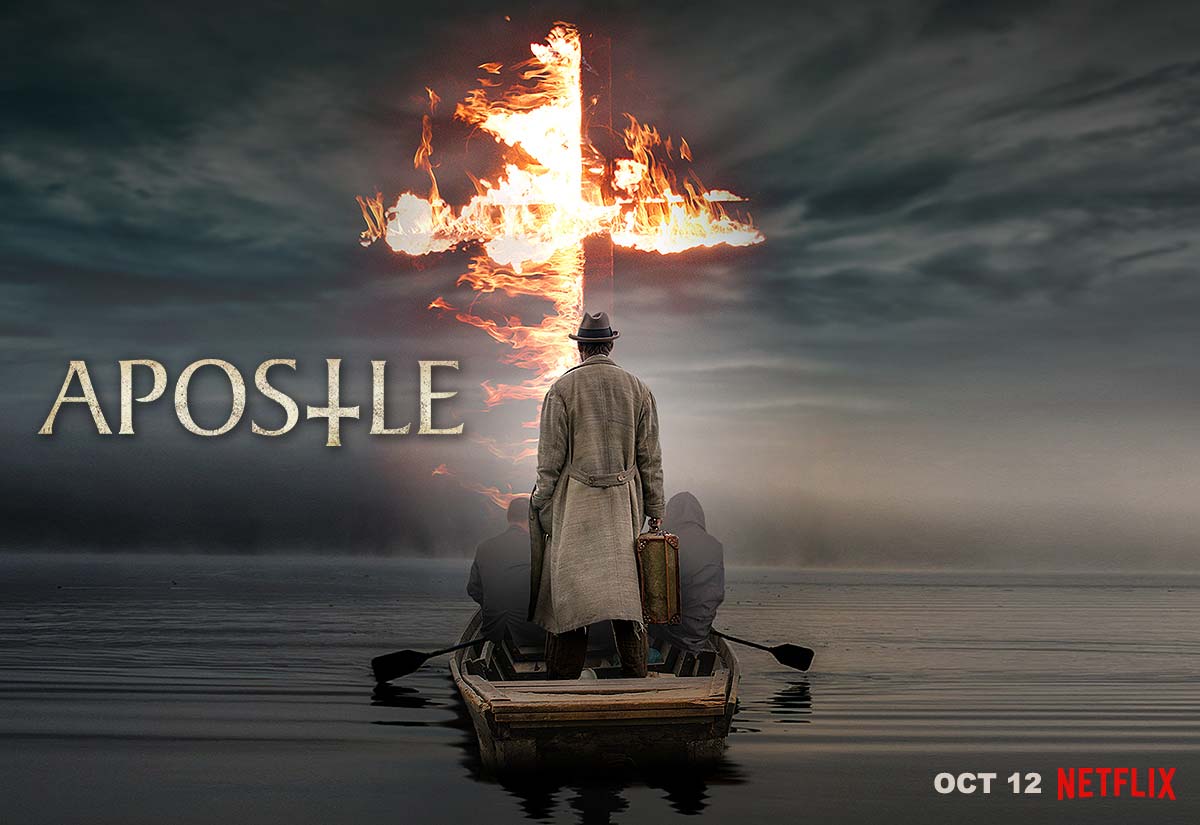 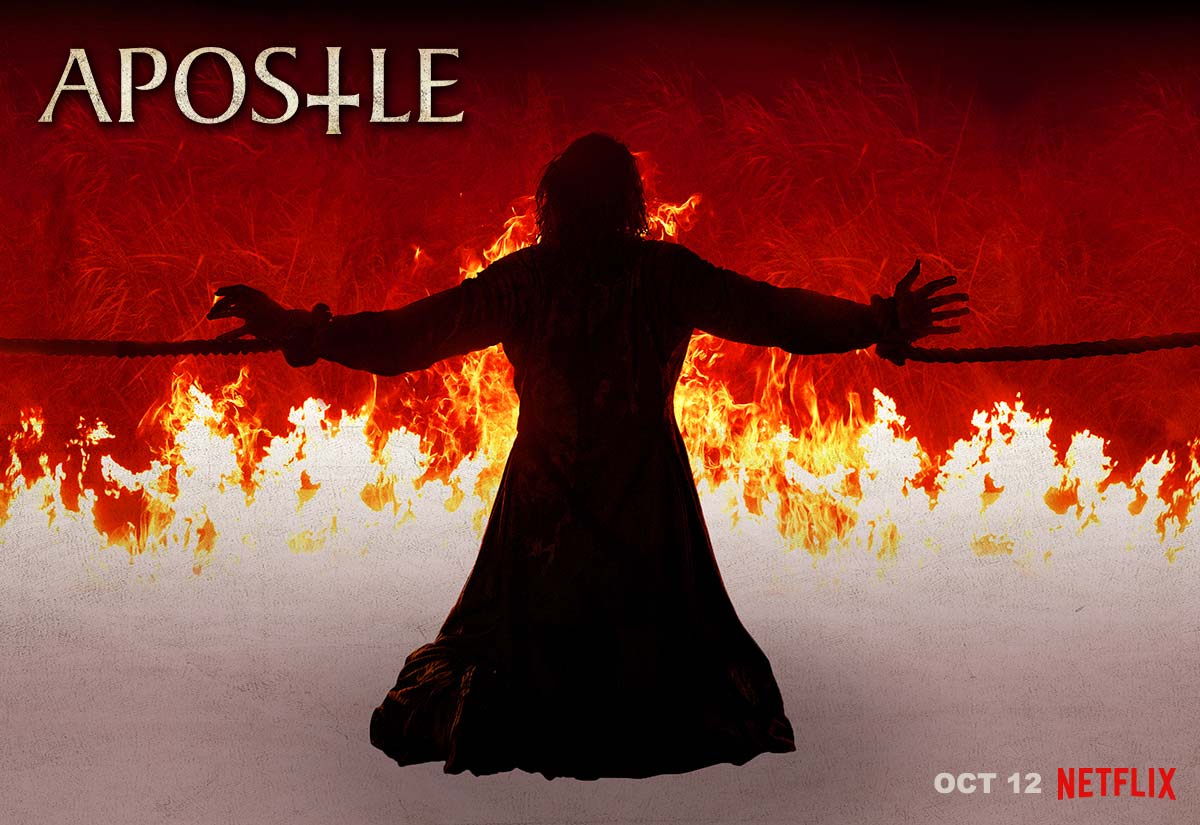 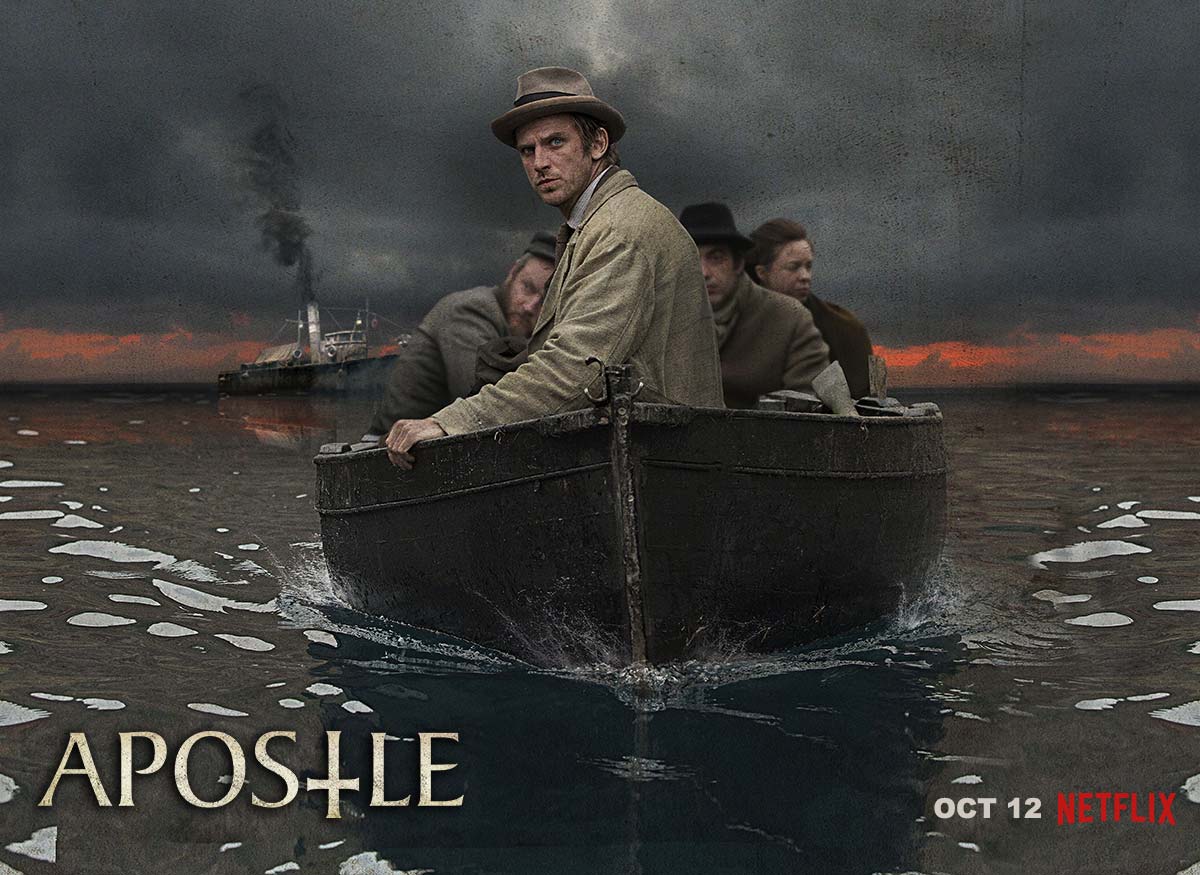 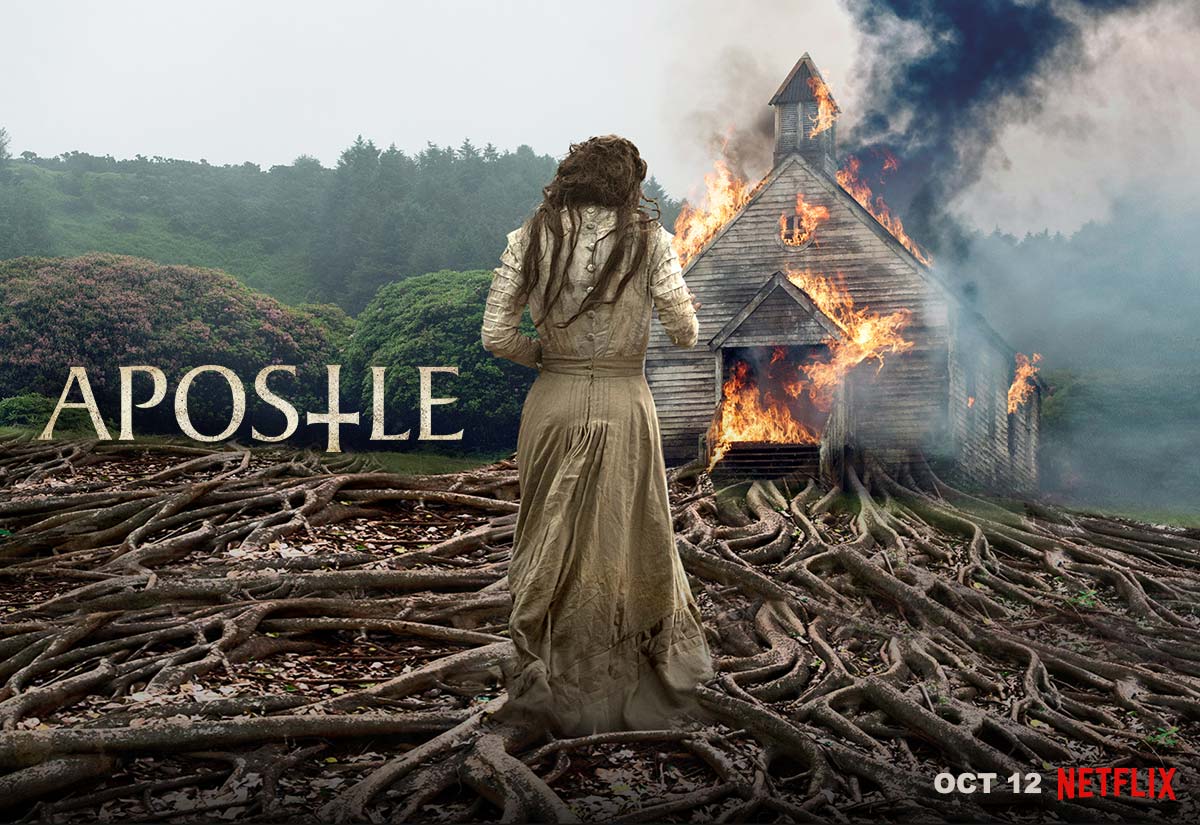 Apostle is a 2018 British-American period horror film written and directed by Gareth Evans (THE RAID and THE RAID 2) and starring Dan Stevens, Lucy Boynton, Mark Lewis Jones, and Michael Sheen. It had its world premiere at Fantastic Fest in September 2018. The film began streaming on Netflix on October 12, 2018, and has received positive reviews from critics for its visuals, cinematography, performances, and unique blend of horror genres.

Thomas Richardson (Dan Stevens) is a former missionary who was tortured when he attempted to introduce Christianity to Peking during the Boxer Rebellion, and has thus abandoned religion. A few years later, Thomas is forced to travel to a remote Welsh island to rescue his beloved sister, Jennifer, after she is kidnapped by a mysterious cult demanding a ransom for her return. © Netflix