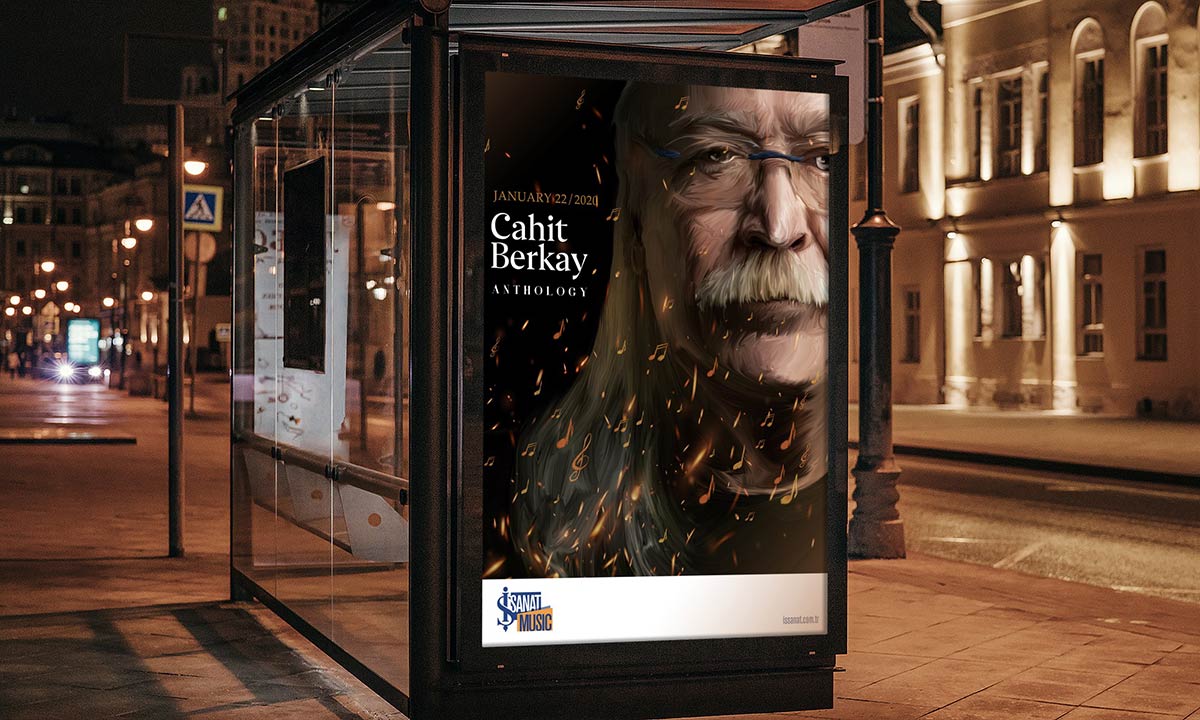 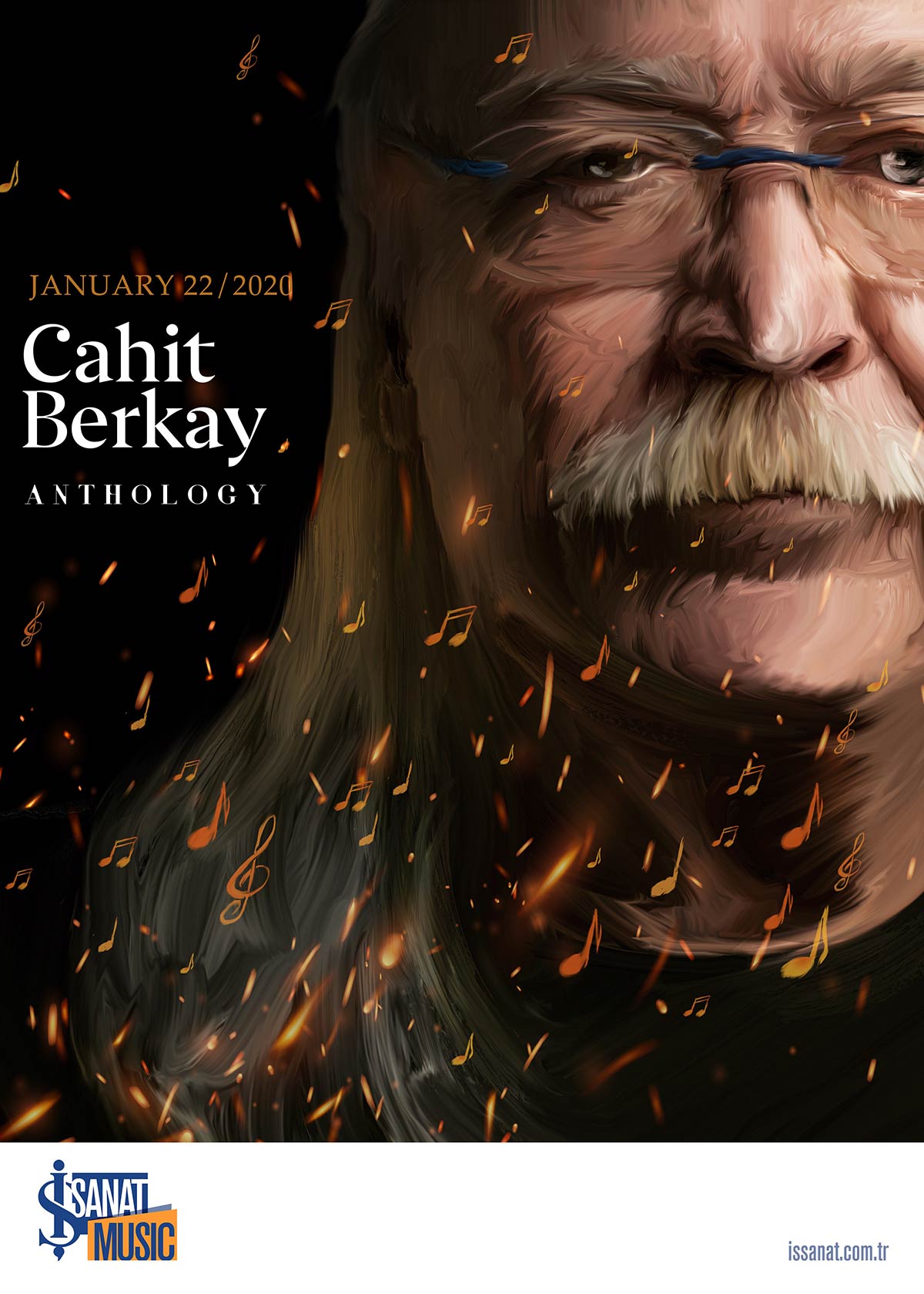 Dreamogram / I Mean It Creative was recruited to design the marketing elements, including a short trailer, for a live event featuring Cahit Berkay at the İş Sanat Concert Hall in İstanbul.

This design project was for a concert by Cahit Berkay. Berkay is the founder of the Turkish Rock group “Moğollar”. In addition to his outstanding abilities as a performer of various musical instruments such as electric guitar, tanbur, bağlama and more, he is also a prominent composer, specifically in the field of music for films. He has composed over 149 works for films and 58 for TV dramas.

This keyart is an homage to his large anthology of musical works and a commemoration of his strokes of genius in the field of music.