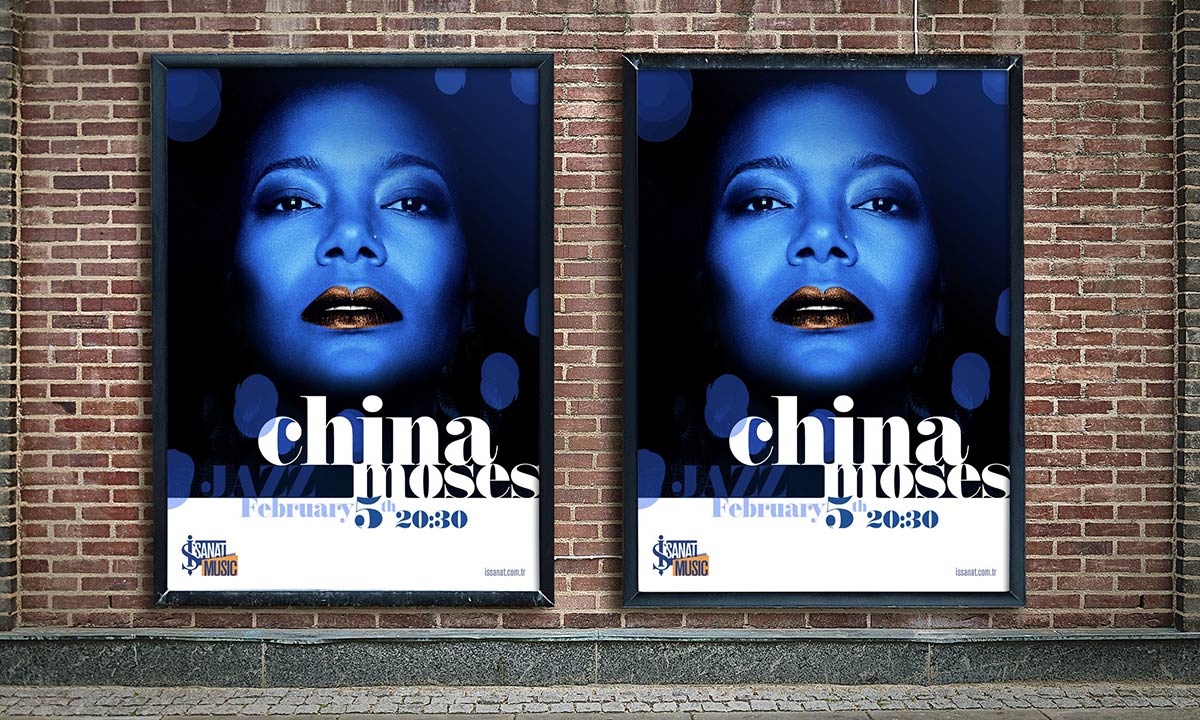 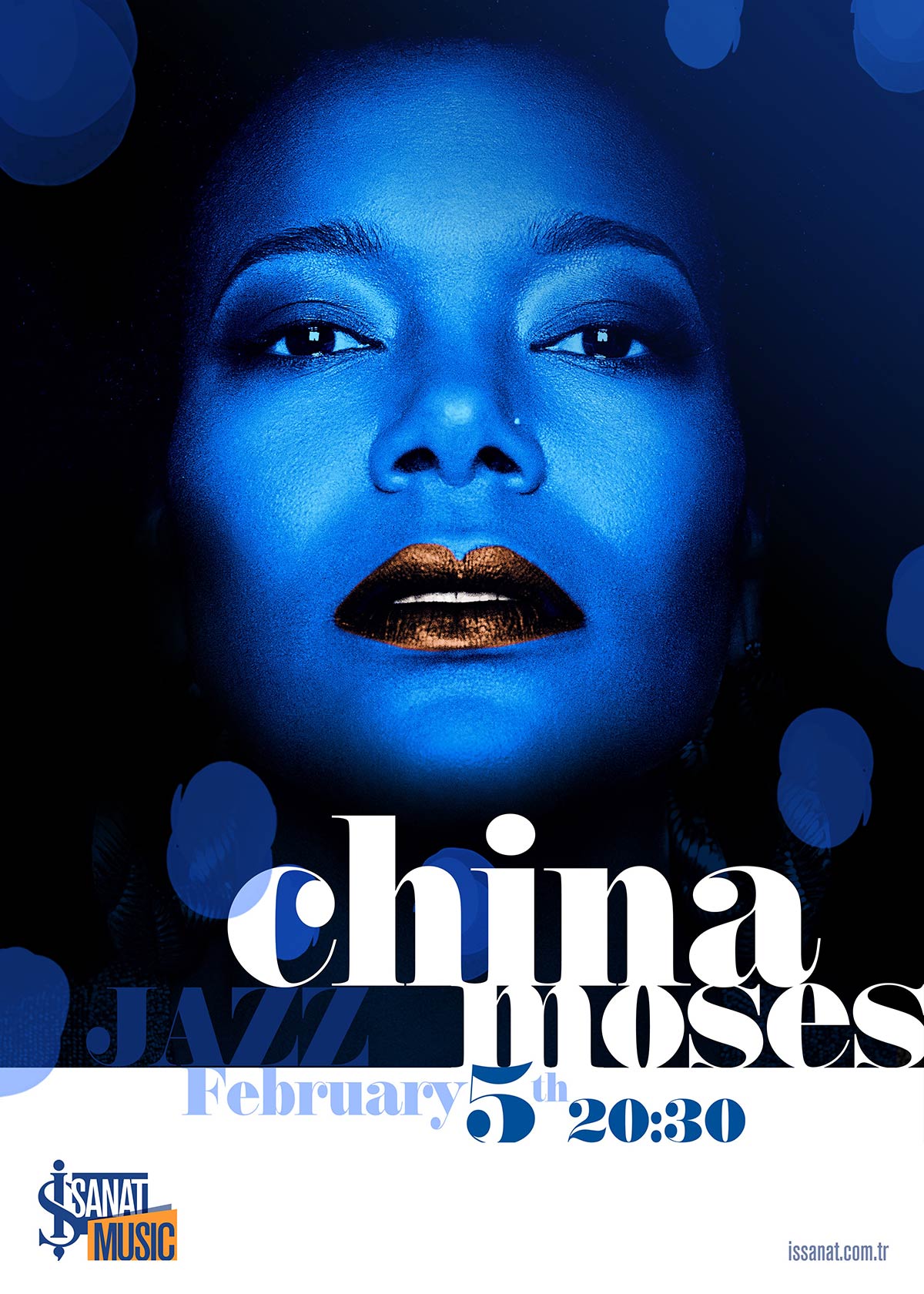 Dreamogram / I Mean It Creative designed the marketing elements for a China Moses concert. Described as a woman of the new millennium, China Moses is a vocalist, songwriter, music producer, television and radio host- known best for her 2012 album: “Crazy Blues”.

This design project was for her concert at the İş Sanat Concert Hall in İstanbul, Turkey.

A world class jazz musician and vocalist, Moses released her first song at 18, and has continued to challenge conventions and transcend the boundaries of jazz. She is one of the very few young jazz artists capable of commanding an entire audience and stage on her own.

The keyart for the event captures her power and celebrates her presence as a driving force in carrying the Jazz archetype into a new age.