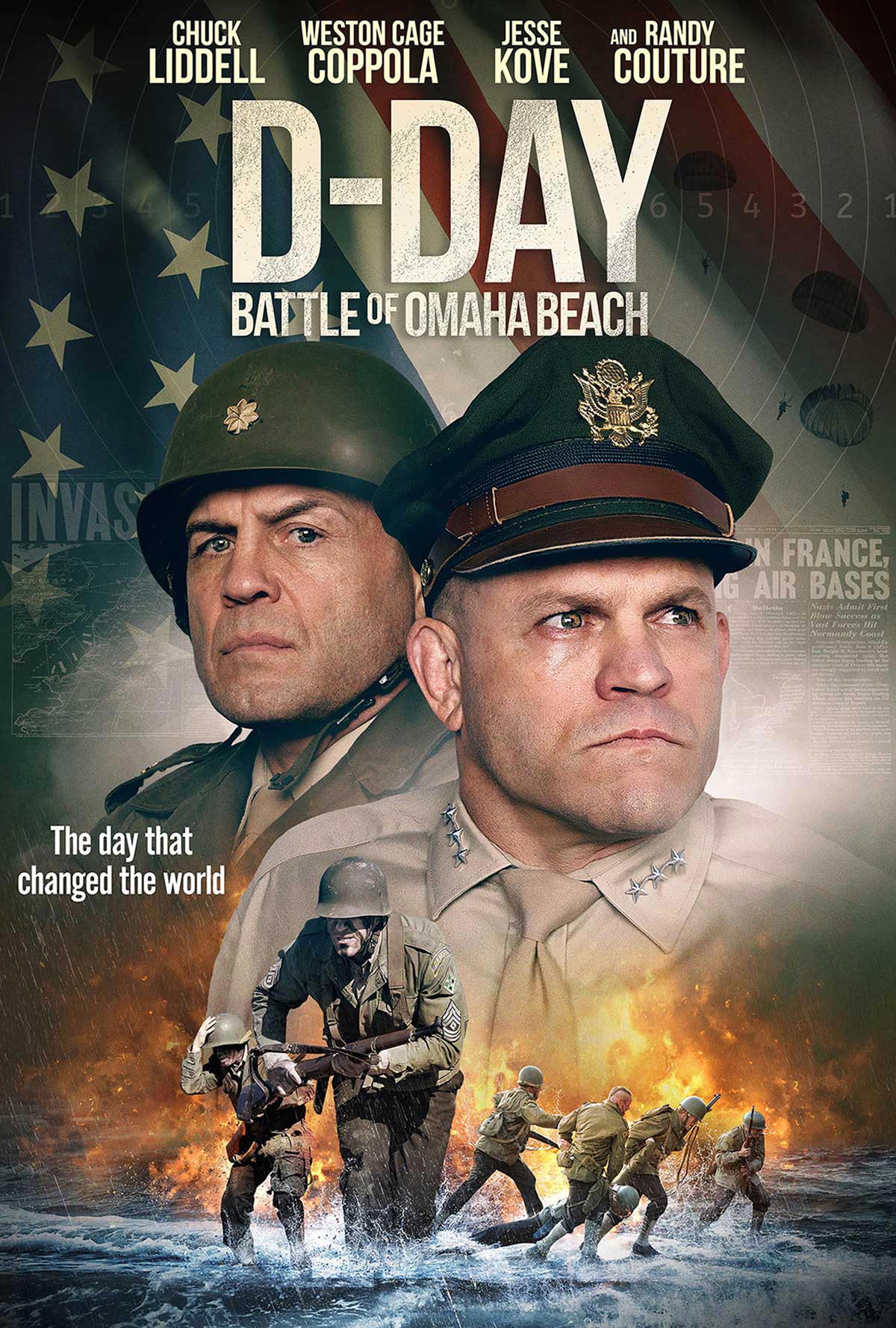 As thousands of Allied soldiers stormed the beaches of Normandy in an attempt to change the course of WWII, Lt. General Omar Bradley (Liddell), Lt. Colonel James Rudder (Cage Coppola), First Sgt. Lommell (Kove) and Major Cleveland Lytle (Couture) lead the 2nd Battalion behind enemy lines and into a firefight against an enemy that greatly outnumbers them. Scaling a one-hundred-foot cliff, these heroic rangers battle to secure a strategic position and destroy a battery of German-seized cannons. Dreamogram and I Mean It Creative were hired to design the key art for the movie. © Cinedigm