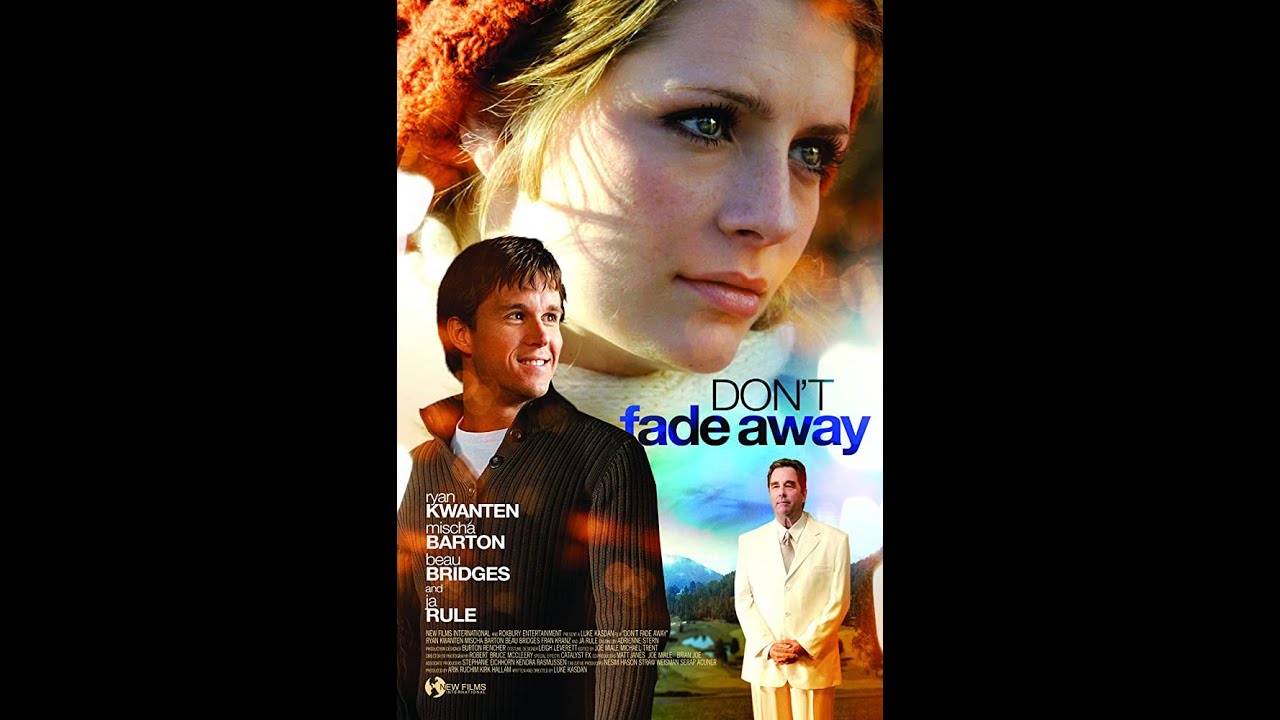 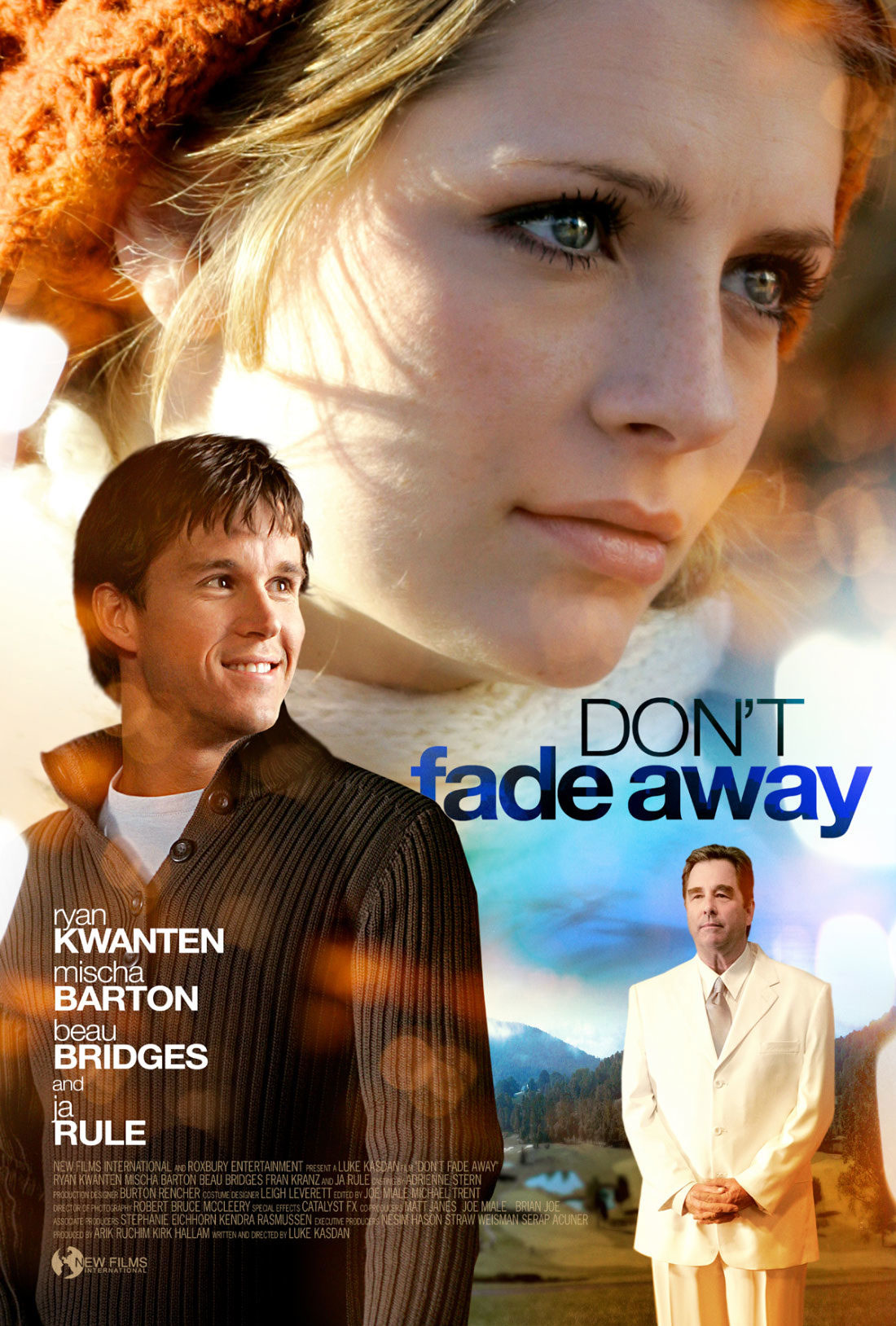 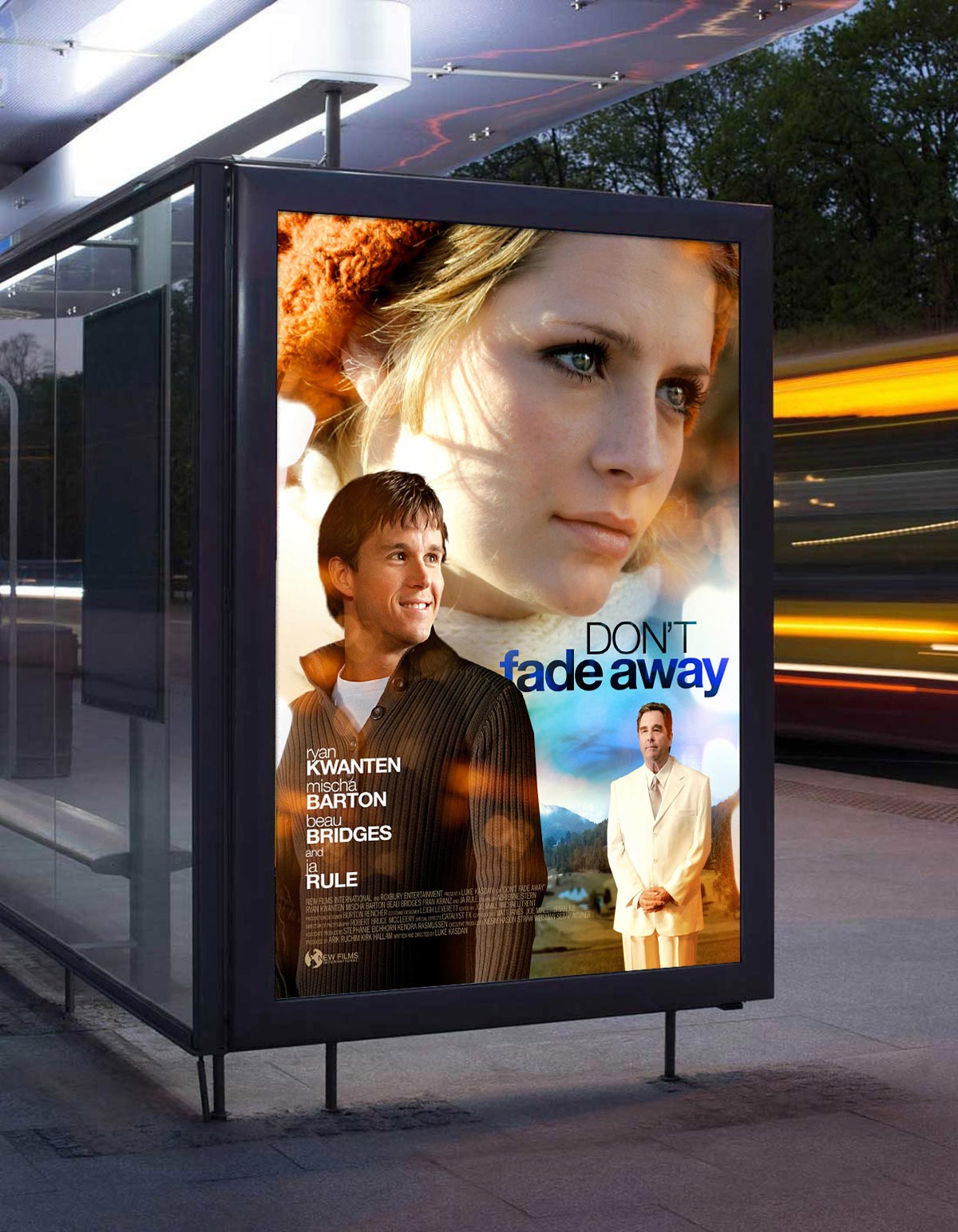 Life was easy for Jackson White. With looks, brains, and athletic ability,the world’s possibilities seemed limitless. But, when he came to Los Angeles to pursue a career in the music industry, he was so seduced by money and status that he lost track of who he was. Now, with both his personal and professional lives on the edge of ruin, he’s been called home to care for his dying father.

While in North Carolina, he’ll have to confront the friends he lost track of and the girl he never met.

Don’t Fade Away is a 2010 drama movie starring Mischa Barton and Ryan Kwanten. Dreamogram and I Mean It Creative were hired to design the key art of the movie. © New Films International