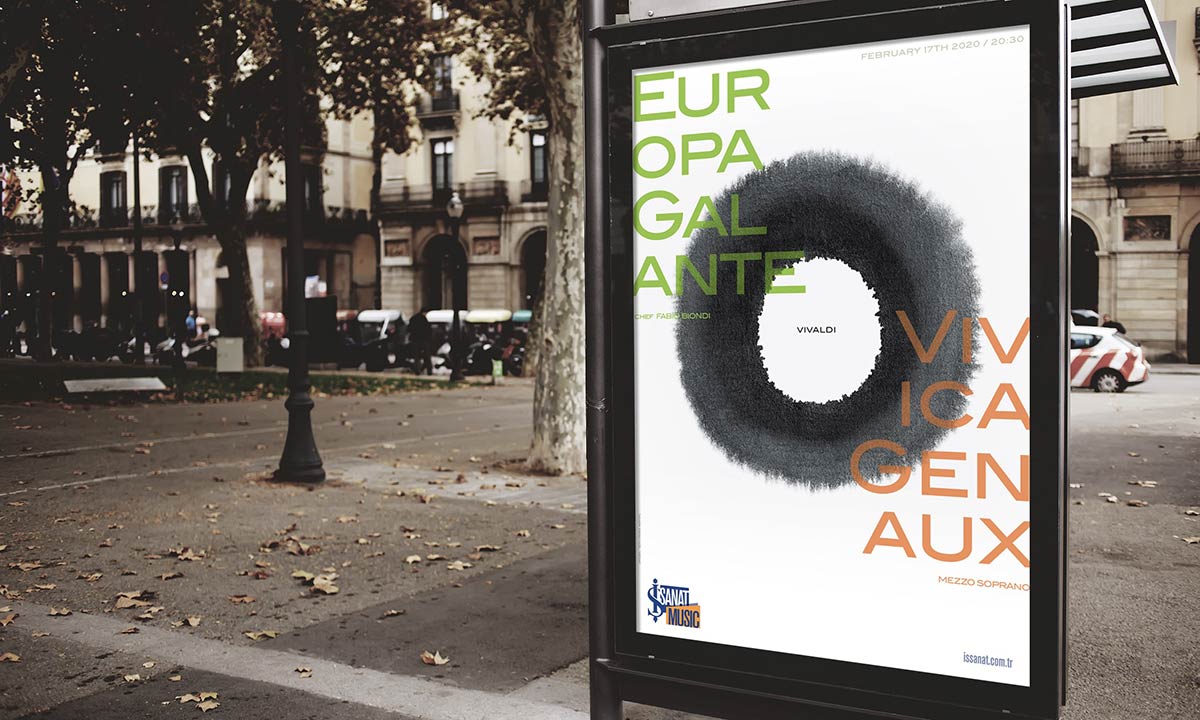 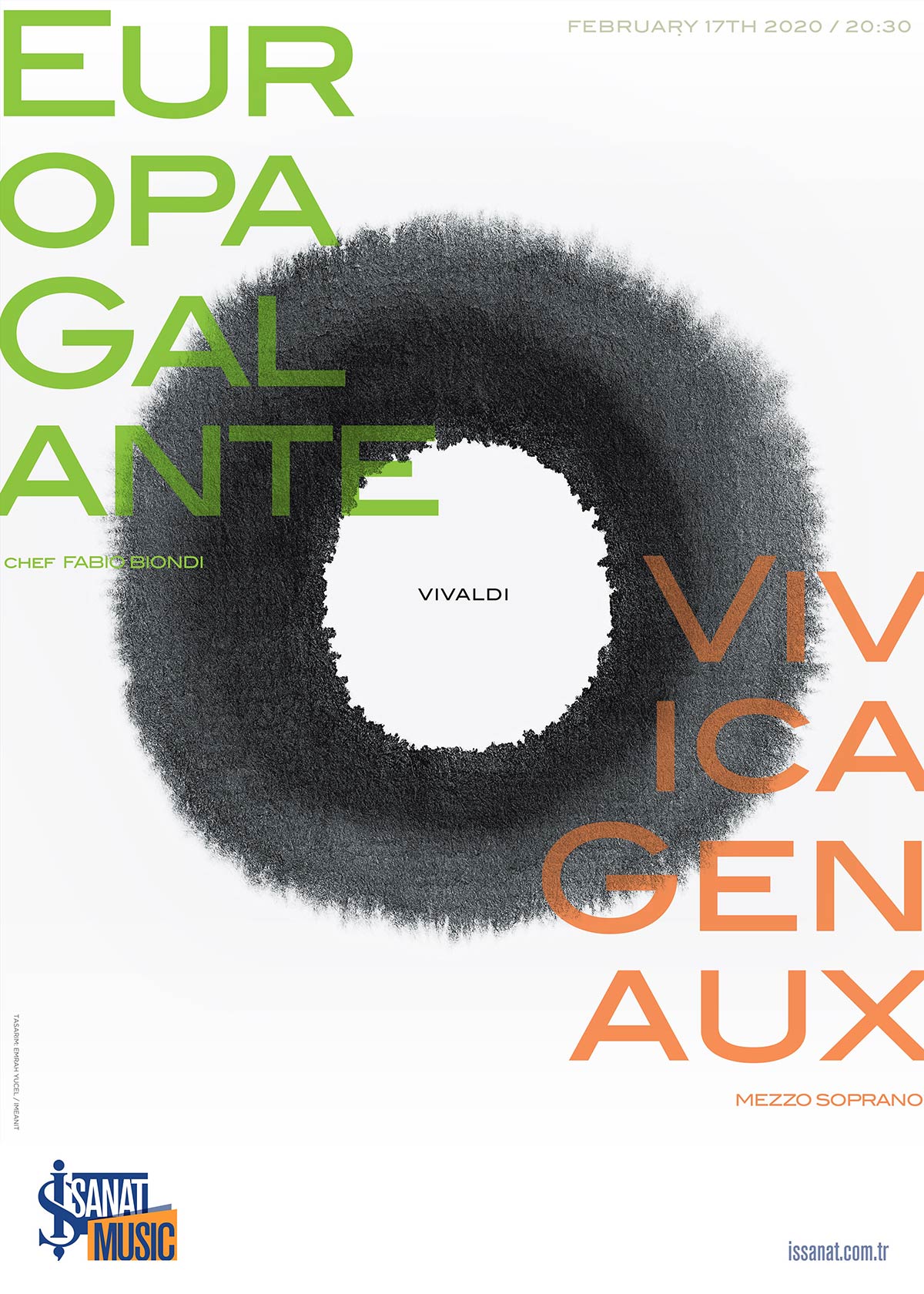 Europa Galante is an Italian period-instrument Baroque orchestra, founded and led by violinist and chef Fabio Biondi. Genaux is an American mezzo soprano singer, known for her outstanding, dazzling and dramatic technique. Both Europa Galante and Vivicia Genaux are recognized for their success in playing and singing Vivaldi’s work. United by their love for 17th century Baroque music, these talented musicians teamed up with the power vocalist for an unforgettable evening of Vivaldi compositions.

The circular image in the key-art above, inspired by the conventional semi-circular shape of the Baroque orchestra ensemble stage set-up, represents the cohesiveness of the orchestra’s sounds and Genaux’s vocals. The focus in the middle of the circle and the image, just like with the performance itself, is Vivaldi.