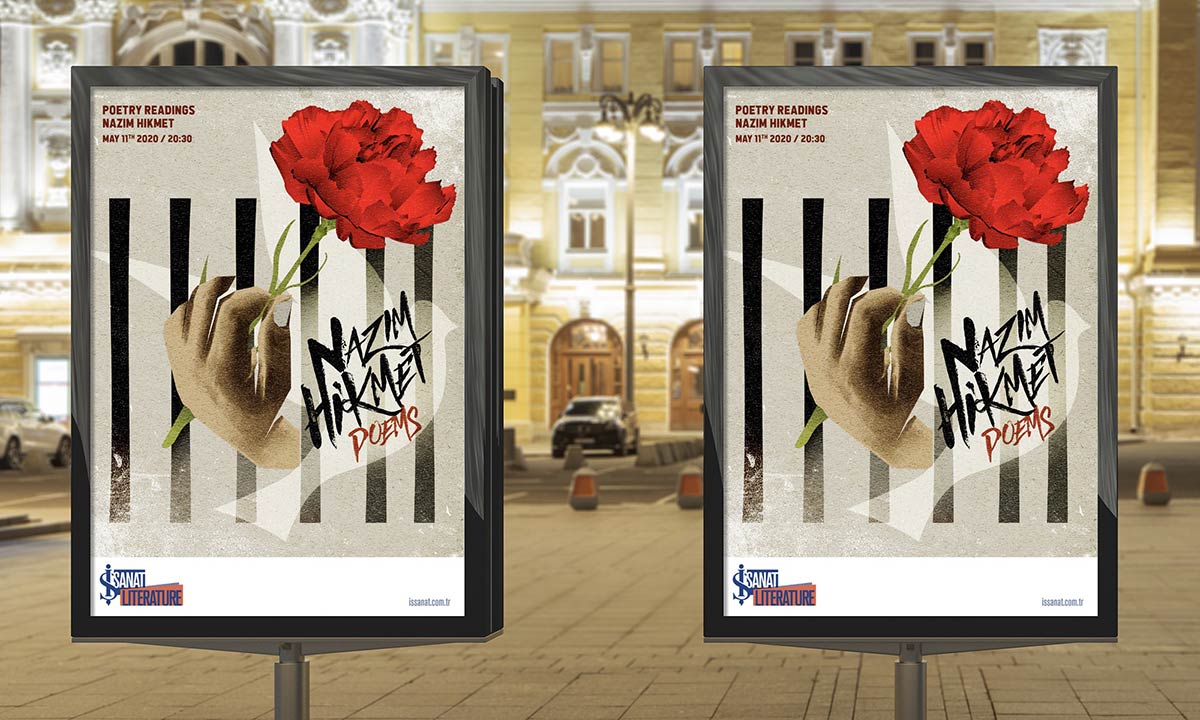 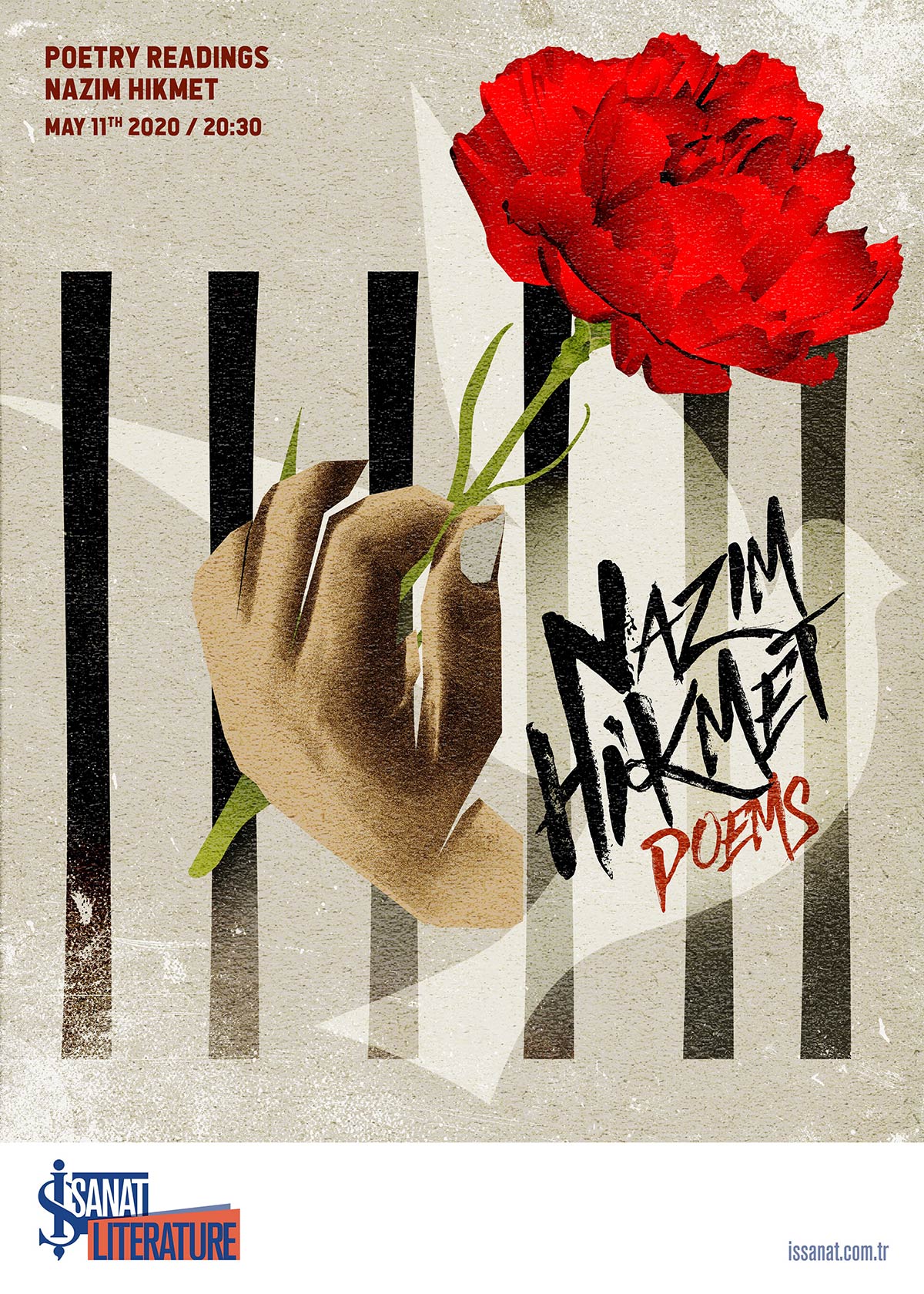 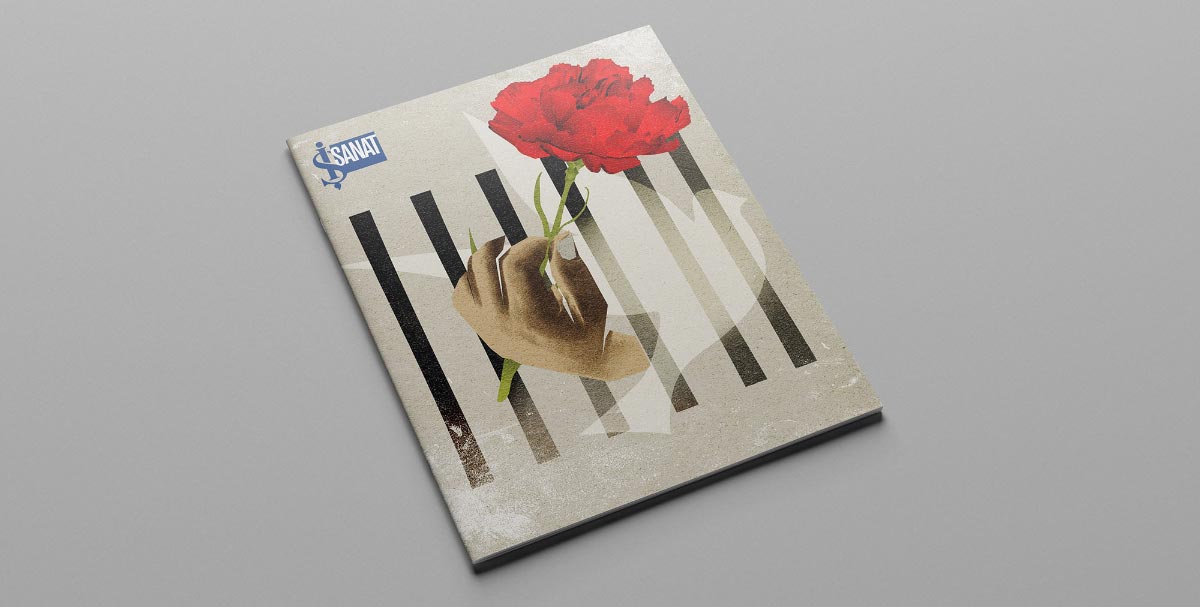 Dreamogram / I Mean It Creative was tasked with creating marketing elements, including a short trailer, for a Nazım Hikmet poetry reading.

A poet, playwright and novelist, Nazım Hikmet is not only one of the greatest Turkish literary figures, but recognized as of the world’s greatest international poets of the twentieth century. He received the Soviet Union’s International Peace Prize with Pablo Neruda in 1950, and his poetry has been translated into more than fifty languages.

After being closely watched for his communist views, he was eventually accused of attempting to incite Turkish navy into rebellion, and condemned to punishments like being stripped of his Turkish nationality as well as serving over 30 years of jail time.

The design project not only commemorates the significant time Nazım spent behind bars, but also depicts his message of love and freedom through the use of the red carnation and dove. The dove is an iconic representation of freedom and the red carnation is already a significant symbol on its own, as a clear reference to the symbolic red color of the communist party. However, this particular flower also represents love, admiration and friendship in Turkish folklore. The design can be interpreted as Nazım’s offering of love and freedom through his poetry, or, an apology on behalf of the Turkish government, who, after branding him as a traitor for more than 50 years, finally restored his citizenship.