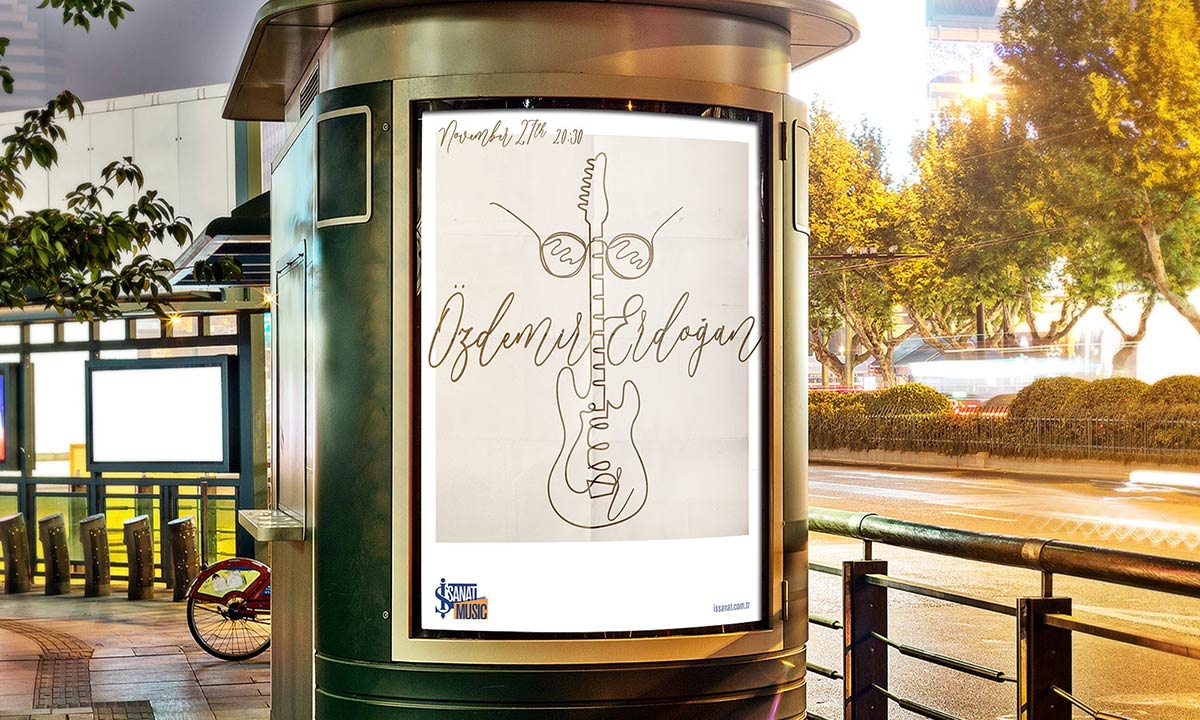 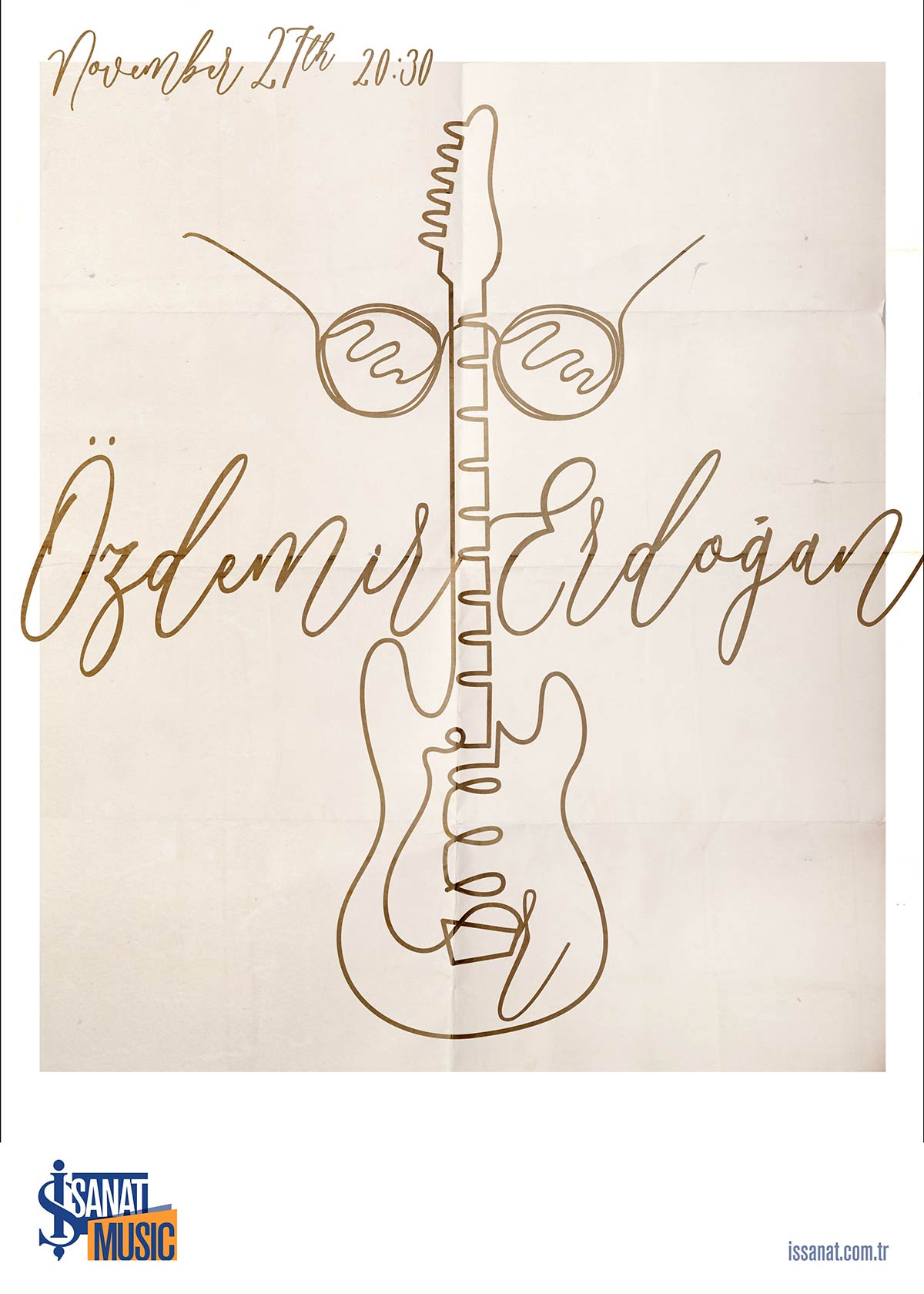 Dreamogram / I Mean It Creative was recruited to design the marketing elements for a concert by Turkish music legend Özdemir Erdoğan. The concert was part of a series of live events being held at the İş Sanat Concert Hall in İstanbul.

Özdemir Erdoğan is known for his experimental style and rare mastery of all genres of music. He holds a special place in the heart of the Turkish public with his songs, which are still quoted and sung today.

The design project makes use of the two iconic motifs that represent Erdoğan; his glasses and his guitar–anyone Turkish would be able to recognize Erdoğan simply by seeing his glasses alone. The key-art also weaves his name in handwriting with the glasses and guitar, indicating the depth of connection between his name and music.