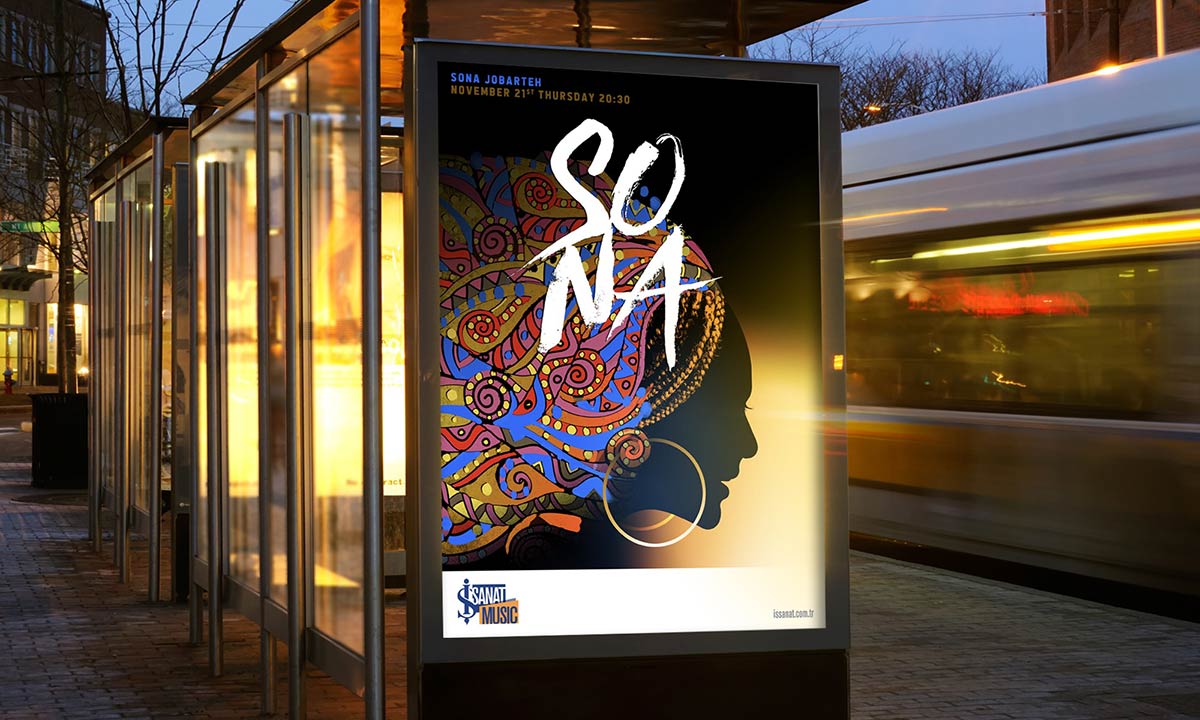 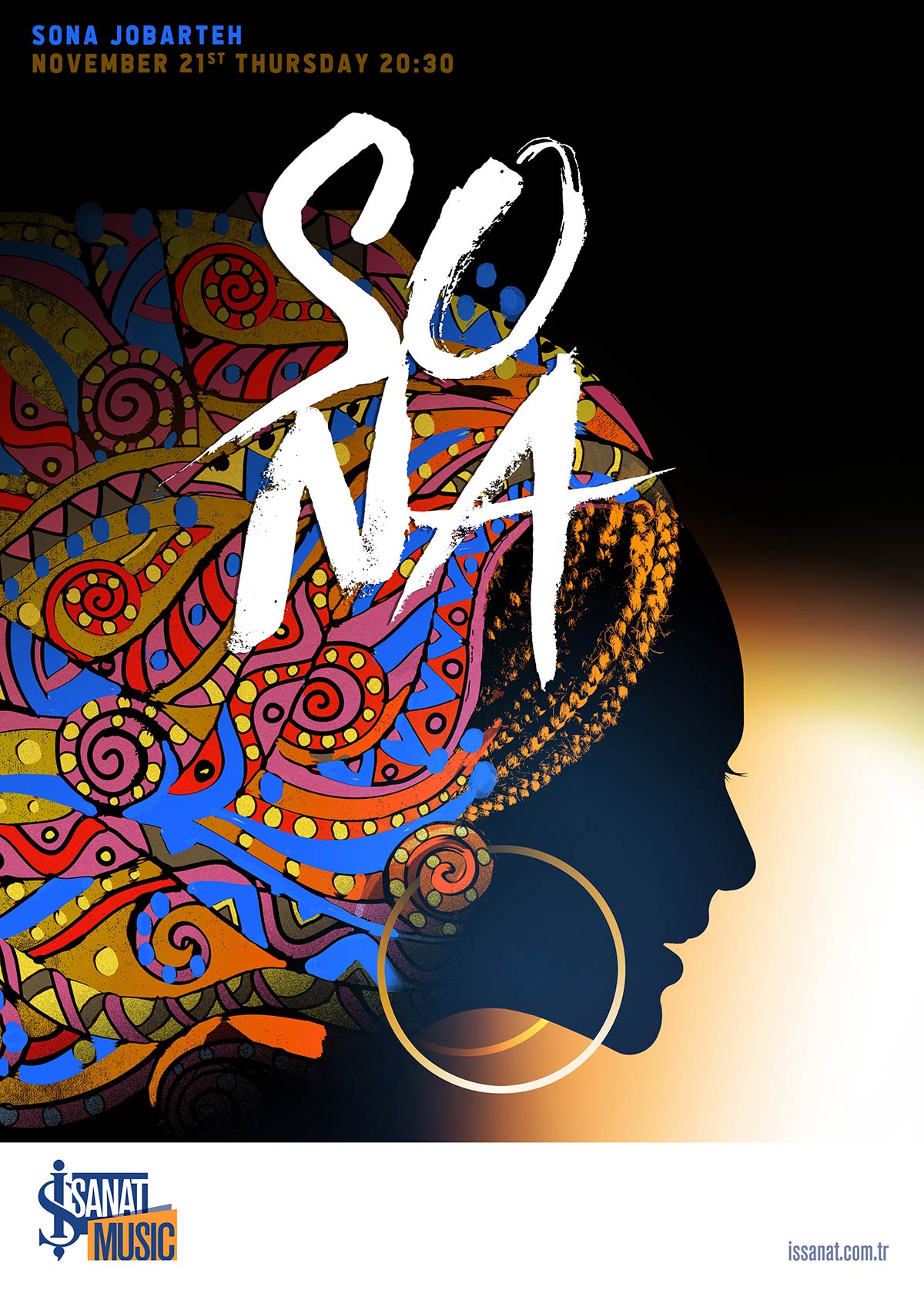 Dreamogram / I Mean It Creative was tasked with designing the key-art and a short trailer for a concert by Sona Jobareth.

Jobarteh is one of the most internationally famous Kora players. The 21-string African harp instrument is a West African Griot tradition, and part of an ancient, male-dominated hereditary culture that passes the instrument down from father to son. Breaking boundaries with her music, Sona is one of the first female Kora virtuoso to come from the prestigious Griot family.

We approached this design project with the use of West African colors and textures, proudly highlighting cultural signifiers like her earring and hair. The warmth illuminating the side of the image, as well as the colors themselves, are all parallel with the consistently joyful and heart-warming nature of Sona’s music and performances.

The illustration is also a nod to Milton Glaser and his iconic Bob Dylan poster, who took his inspiration from Marcel Duchamp’s self-portrait. All works feature the subject’s hair rendered in colors that stand out in high contrast from the background.