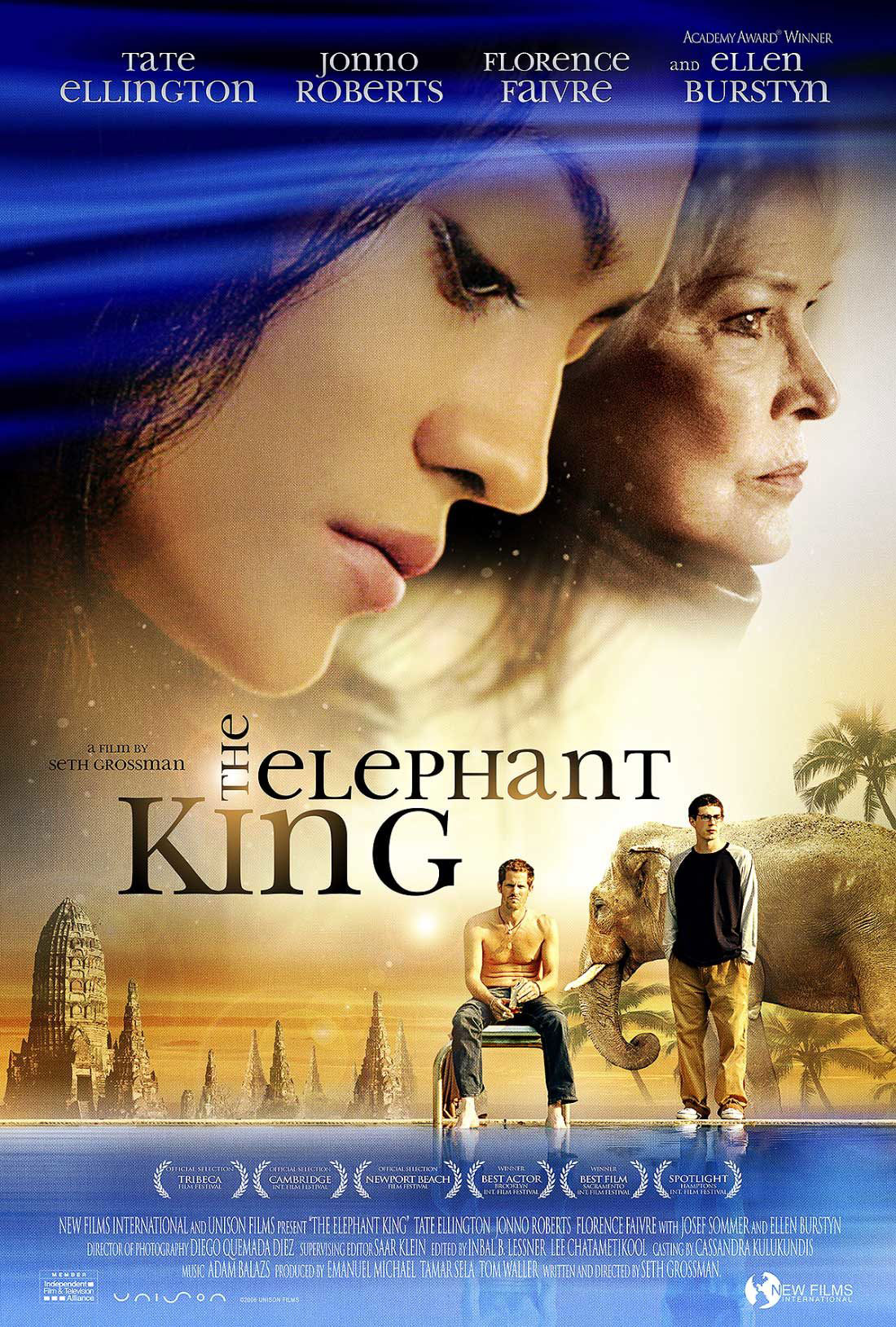 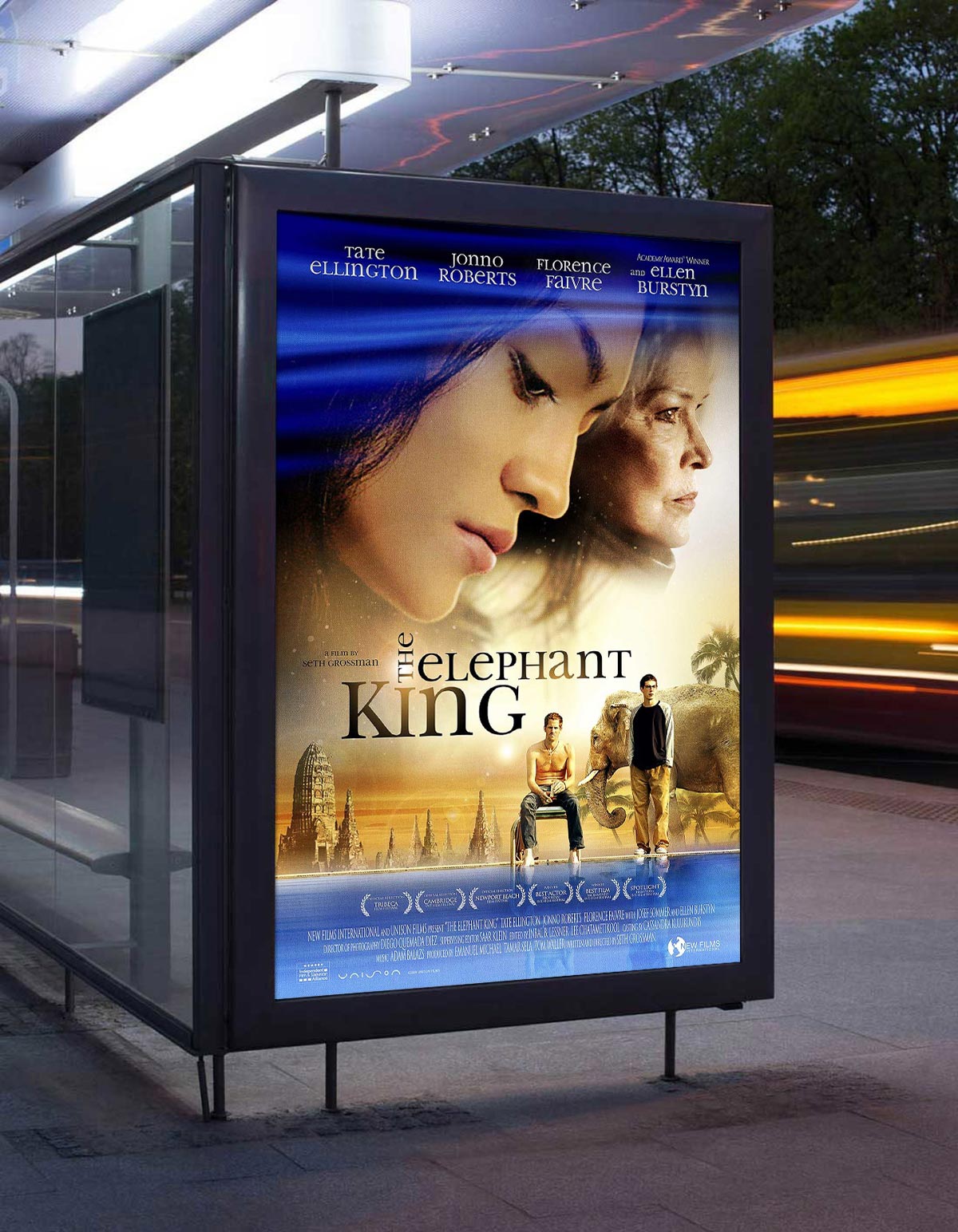 The story of two brothers who lead totally different lives. Jake Hunt enjoys life to the fullest in Thailand, while his shy brother Oliver deals with his own depressions back home in the USA. Their dominant mother wants Jake back home and for this reason, Oliver is sent to Thailand to retrieve his brother. Once there, Oliver finds himself in Jake’s bizarre life and falls in love with a beautiful girl, Lek. However, it is not a coincidence that she and Oliver have met.

The Elephant King is a 2006 romantic drama film directed by Seth Grossman and starred by Ellen Burstyn, Tate Ellington and Florence Faivre. Dreamogram and I Mean It Creative were hired to design the Key Art for this movie. © New Films International