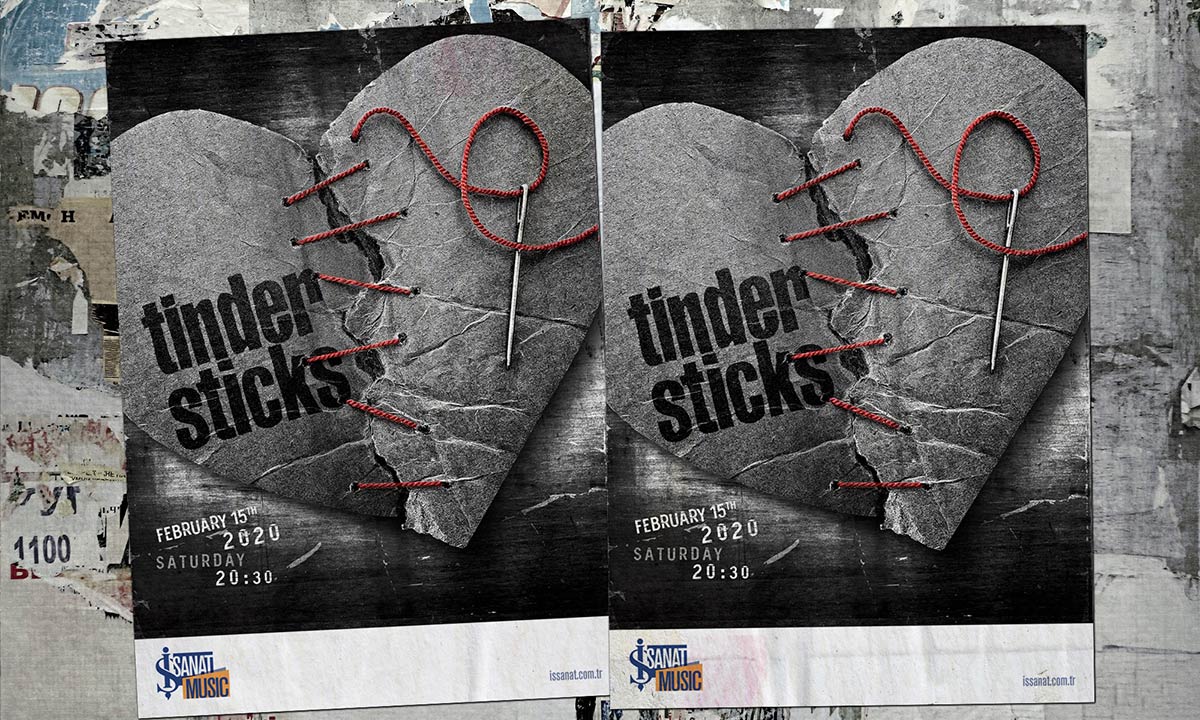 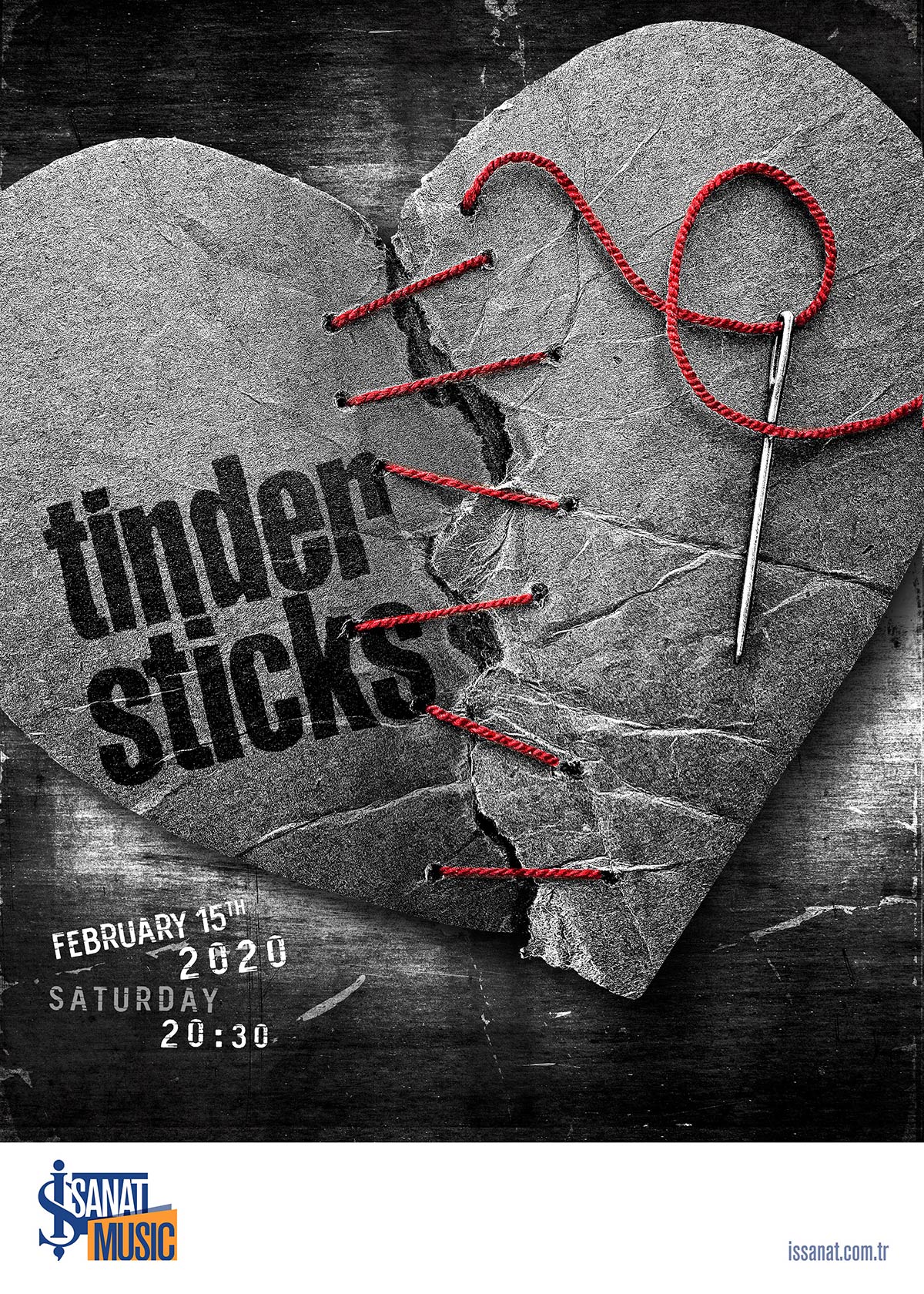 This design project and trailer by I Mean It Creative is for a concert by the British band Tindersticks in İstanbul, Turkey.

Known for their ‘richly atmospheric, nicotine-stained quality’, the Tindersticks are an alternative rock band from England. Their gloomy, filmic essence complement the films and TV shows their music has appeared on like ​The Sopranos​. Their music videos, such as the one for their well-known song “The Amputeees” features paper mache style cut outs in a simple black and white stop motion video.

Dreamogram / I Mean It Creative approached the design for this live event key-art by using a corresponding black-and-white cut-out style broken-heart motif, stitched together with a red string- the only pop of color in this dark but endearing image.