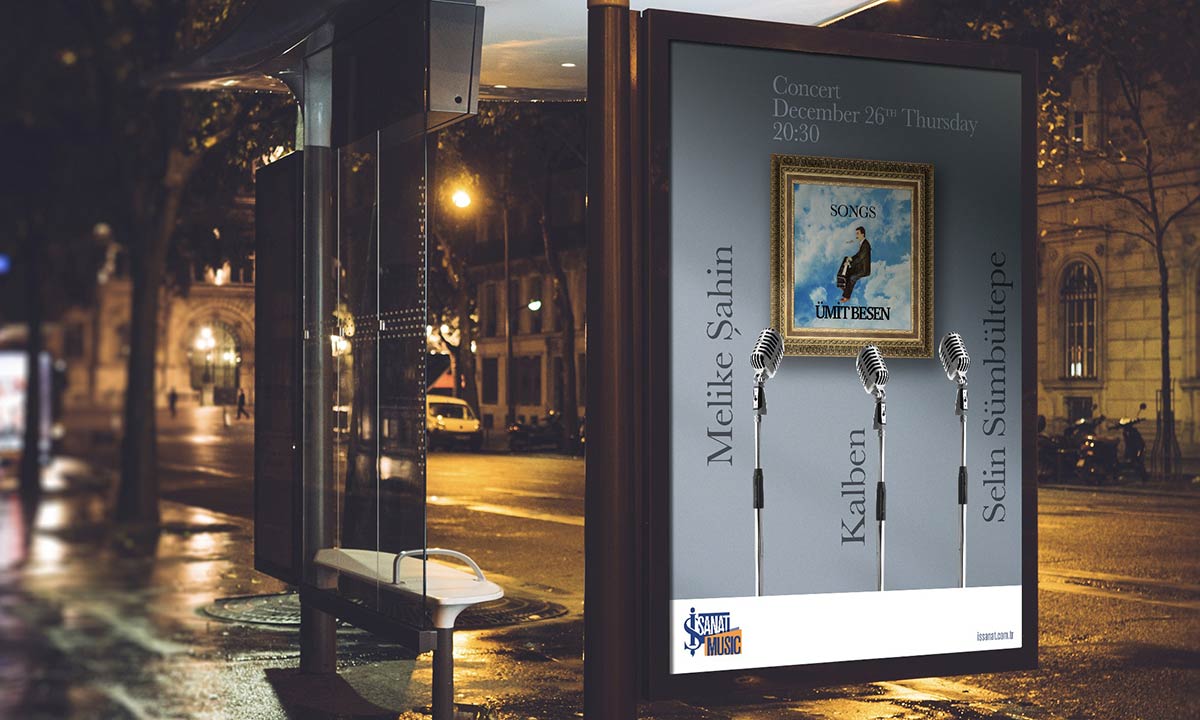 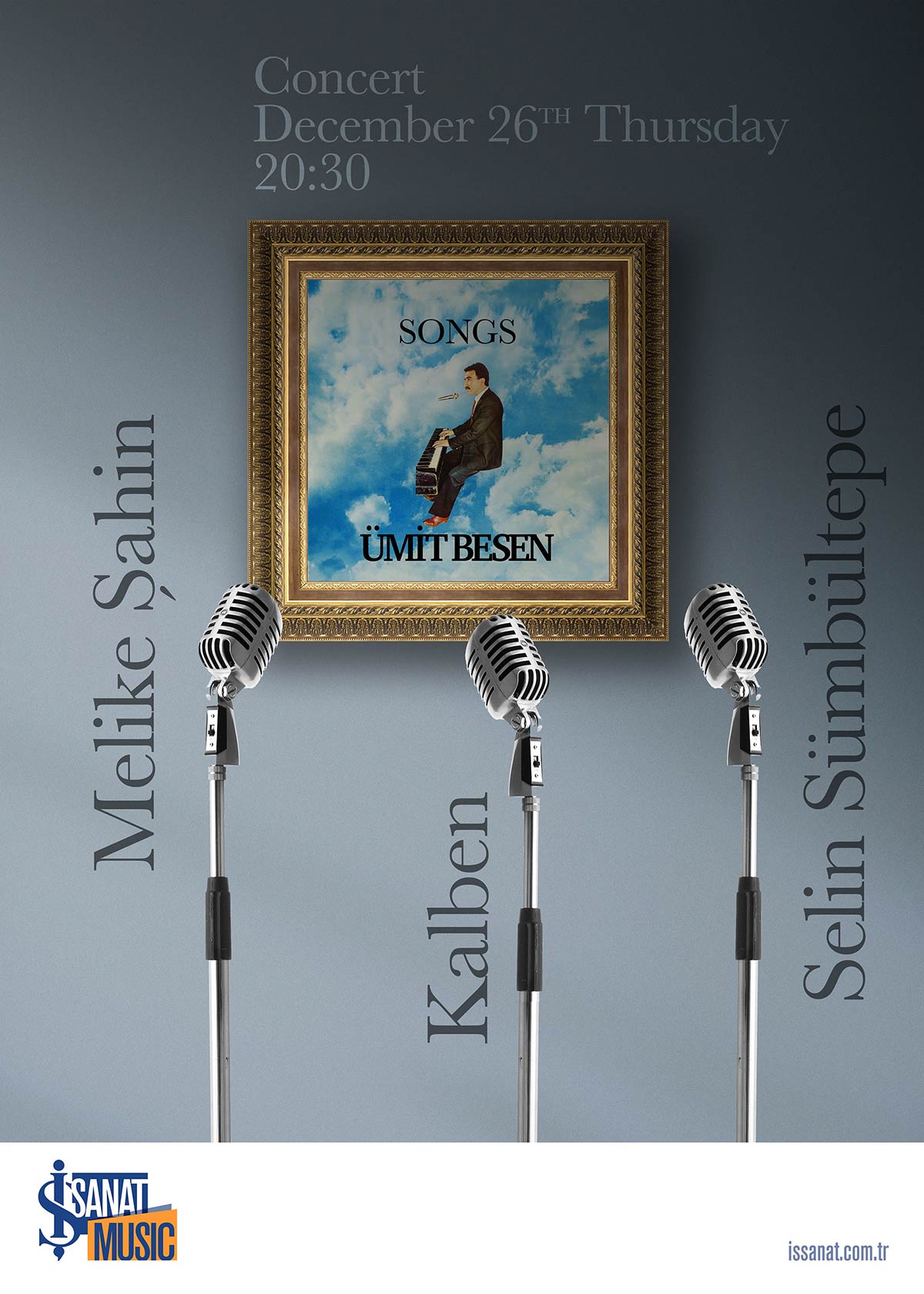 Dreamogram / I Mean It Creative was recruited to design the key-arts and a short trailer for a concert featuring the songs of Ümit Besen.

Ümit Besen represents the darker side of Tarabya school of electronic music. He is known for his electronic sound and has carved a spot in the heart of the Turkish public with his unforgettable songs. The event features three talented Turkish female vocalists, Melike Şahin, Kalben and Selin Sümbültepe, singing some of his most icnonic hits.

The key-arts is centered around one of Besen’s old album covers, ​Şikayetim Var ​(‘I Have a Complaint’ in English). The album is a great representation of Besen’s uniquely nostalgic and experimental style. The three microphones standing in front of the album add the presence of the three talented singers of the evening. The design piece is an homage to the public’s love of Besen’s tunes.