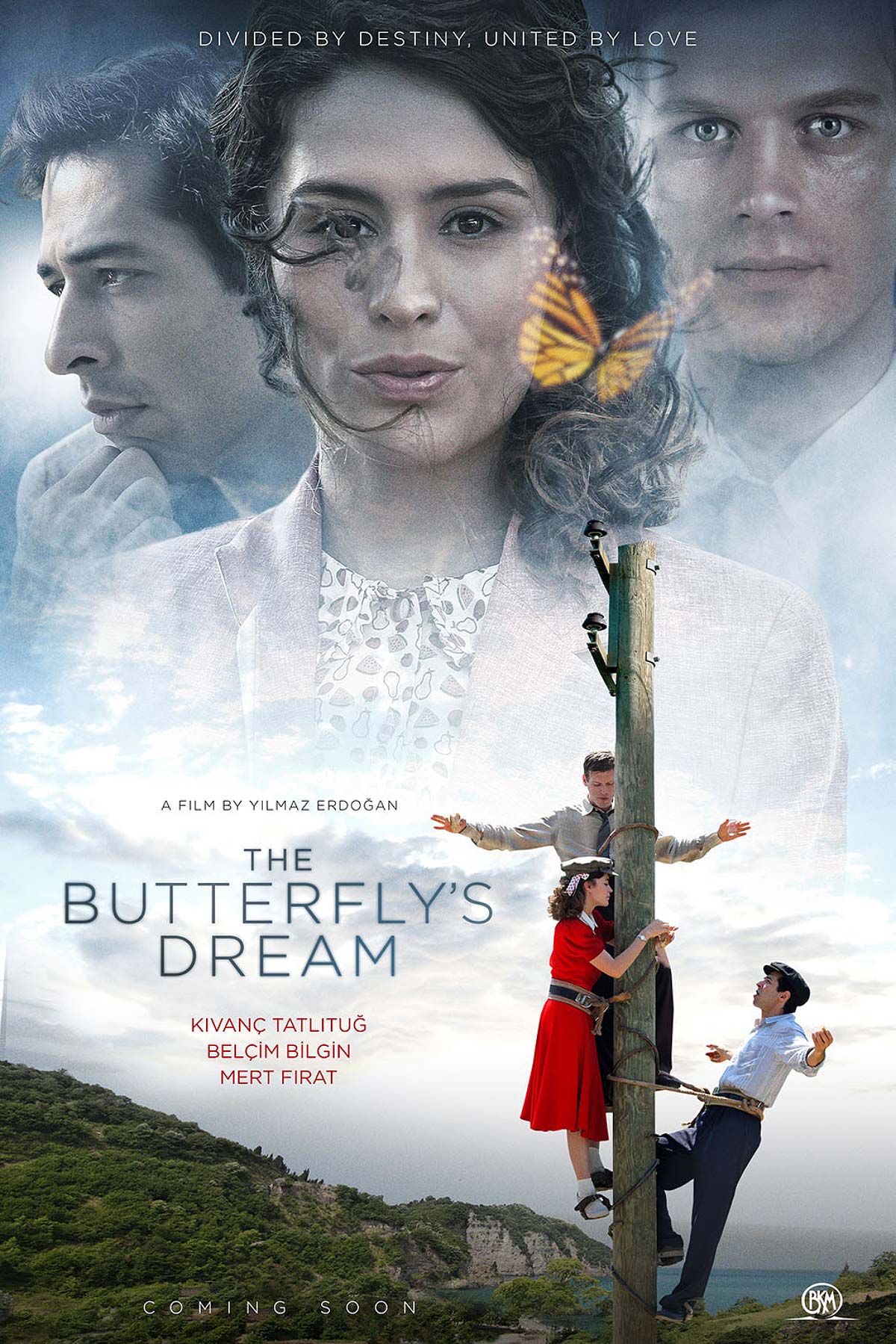 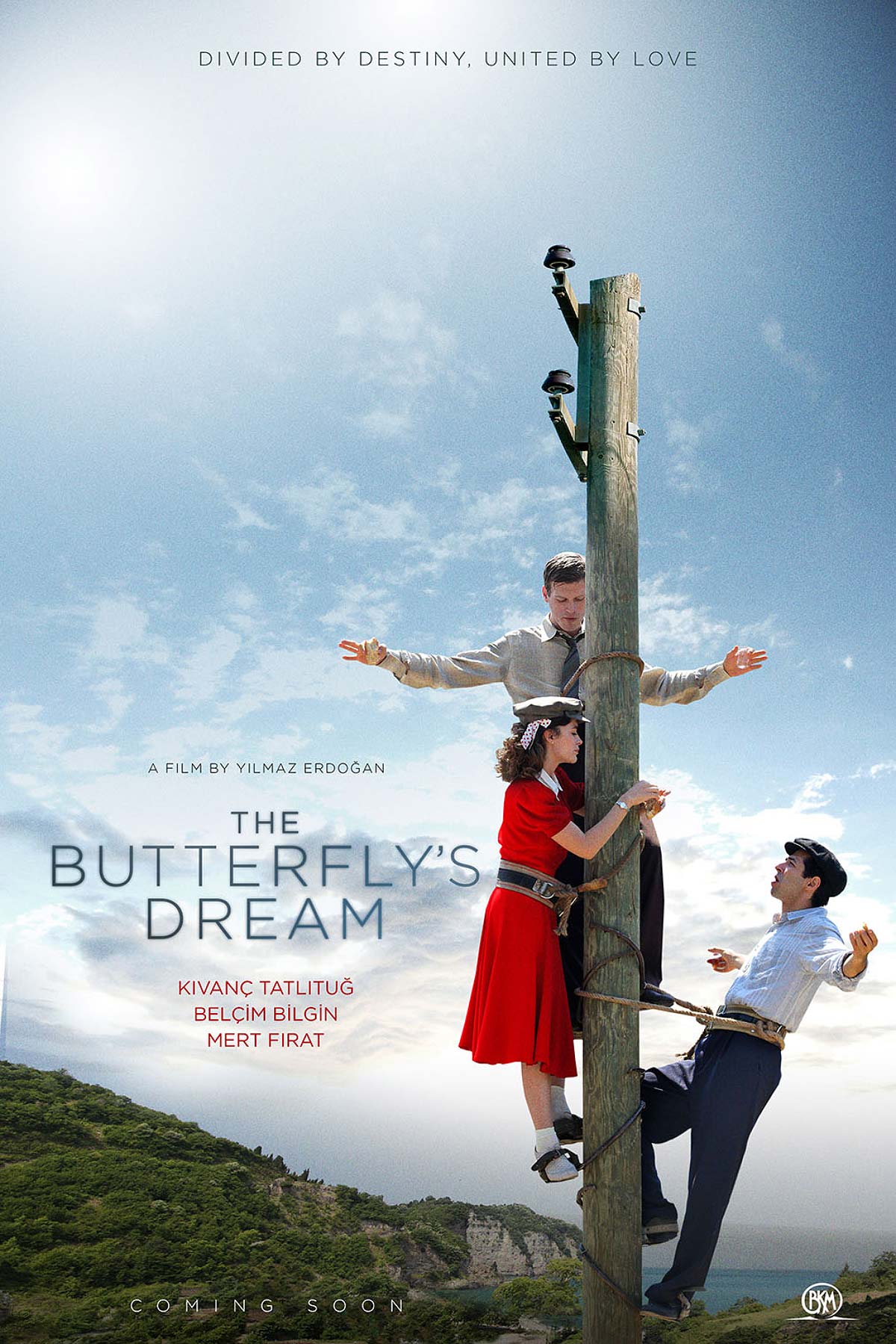 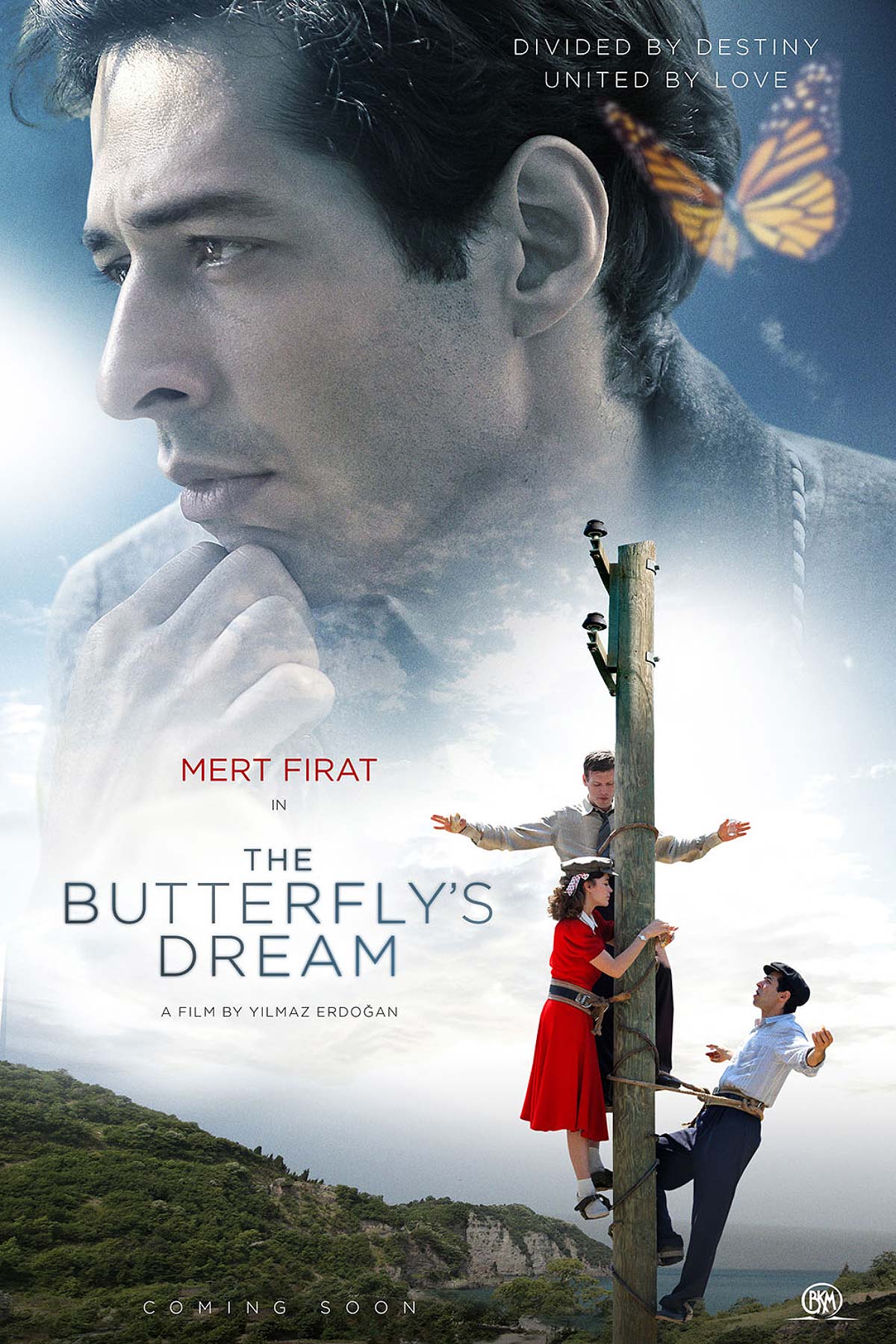 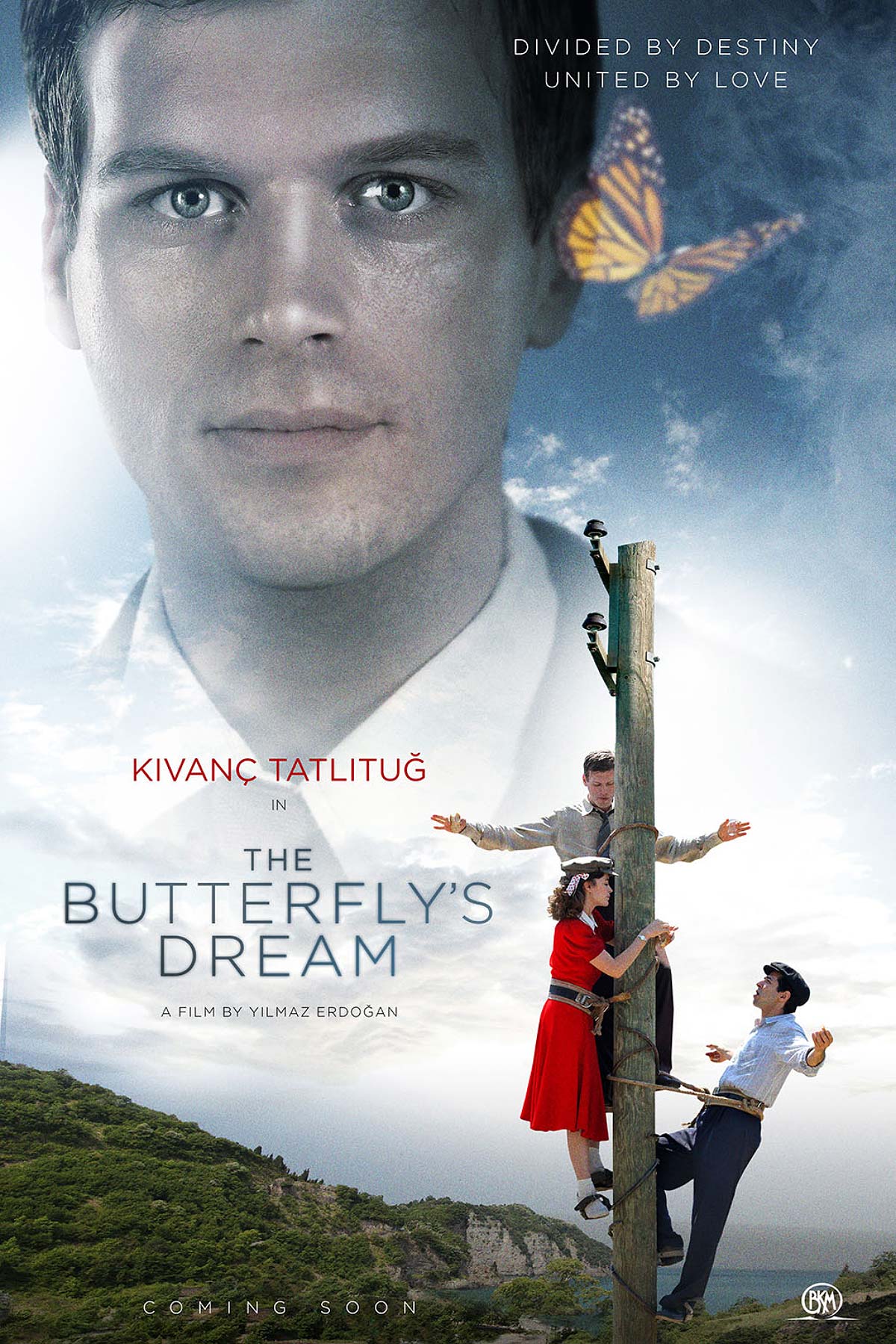 Dreamogram and I Mean It Creative were recruited to design marketing elements promoting the 2013 film: The Butterfly’s Dream.

The story, set in the early 1940s of Turkey, revolves around two good male friends, Rüştü Onur and Muzaffer Tayyip Uslu. They make a living out of publishing their poems at a time when life appears hard with the World War II in its full swing across the world. The story takes a turn when both fall in love with other people and life changes for them trying to survive against social class system and religious barriers of the time, which jeopardizes their love life, their friendship and their profession.

The film was selected as the Turkish entry for the Best Foreign Language Film at the 86th Academy Awards.

Our team was responsible for the key-arts and marketing campaign for the film. © BKM